An assemblage of environmental, public health, and worker rights groups filed three challenges in the U.S. Court of Appeals for the 9th Circuit against the chemical Risk Evaluation Rule the EPA issued in July 2017 as required by the 2016 amendments to the Toxic Substances Control Act (TSCA). Petitioners also challenged aspects of the Agency’s rule for prioritizing chemical evaluations. The 9th Circuit’s three-judge panel said the claims against the prioritization rule were entirely encompassed in the Risk Evaluation Rule and so focused its opinion exclusively on the Risk Evaluation Rule. 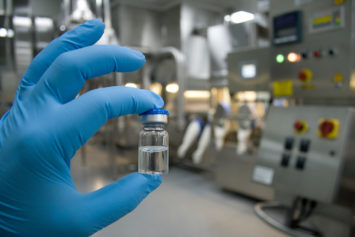 All the challenges related to how the EPA mapped out the scope of the chemical evaluations it intended to conduct. While finding against the entirety of two of the challenges, the panel did agree with one part of the third challenge, concluding that the Risk Evaluation Rule impermissibly excluded future disposal of legacy uses of chemicals from risk evaluations. Accordingly, the court vacated that part of the rule.

Enacted in 1976, TSCA directed the EPA to build a regulatory program to prevent unreasonable risks of injury to health or the environment resulting from chemicals in commerce.

But for decades, Congress, the Agency, and stakeholders all recognized that while the goals of the law are admirable, the EPA was not provided with the authority it needed to regulate many unreasonable risks. In 2016, Congress came together to issue amendments to fill in the law’s critical gaps. One amendment created “a separate risk evaluation process for determining whether the conditions of use of a chemical substance present or will present an unreasonable risk of injury.” The term is defined as “the circumstances, as determined by the Administrator, under which a chemical substance is intended, known, or reasonably foreseen to be manufactured, processed, distributed in commerce, used, or disposed of.”

Petitioners first contended that in the final rule, the EPA indicated that it planned to conduct use-by-use risk determinations and to declare the safety of individual uses of a chemical standing alone without considering whether the collective conditions of use pose an unreasonable risk.

Petitioners argued that this approach contravenes TSCA’s requirement that the EPA conduct a holistic assessment of a chemical under all its conditions of use. Put another way, petitioners contended that under TSCA, the Agency may issue a no-unreasonable-risk determination for a chemical substance only after it has considered the risks associated with all of that substance’s conditions of use together.

Generally, the panel rejected petitioners’ argument because it was based on speculation about what the EPA was going to do. The panel noted that petitioners relied heavily on the rule’s reference to “whether [a] chemical substance presents an unreasonable risk of injury to health or the environment under each condition of use within the scope of the risk evaluation.” (emphasis added). One reading of this provision (and its use of the term “each”) does suggest that the EPA will evaluate risks associated with conditions of use individually. But, the panel continued, it does not necessarily mean that the EPA will (or even could) make determinations of no unreasonable risk based on only individual use-by-use evaluations, rather than on an evaluation that looks at each condition—as in every one of the conditions—of use together.

“We conclude that Petitioners’ challenge regarding use-by-use risk evaluations is not justiciable because it is not clear, due to the ambiguous text of the Risk Evaluation Rule, whether the Agency will actually conduct risk evaluations in the manner Petitioners fear,” the panel stated.

Excluding Conditions of Use

In the second challenge, petitioners noted that in the preamble to the rule, the EPA indicated that it did not intend to consider every condition of use of a chemical. Unlike the first challenge, which states that risks must be evaluated collectively, the second challenge indicates that all risks from conditions of use must be evaluated even if not done collectively. Petitioners also allege that the statement in the preamble is supported by language in the rule itself, which indicates that the EPA intends to exercise its discretion regarding whether to evaluate certain conditions of use.

Regarding the regulatory language, petitioners focused on the phrase “the conditions of use within the scope of” an evaluation. According to petitioners, the EPA intends to use this phrase to exclude certain conditions of use, which would contravene TSCA.

The panel viewed the phrase differently, stating that it “simply refers to the conditions of use that are applicable to any particular substance—and that therefore are included in the scope of that substance’s evaluation—without excluding any conditions of use in forming that list.”

To understand petitioners’ third challenge, it is necessary to define several terms. In the preamble, the EPA defines legacy uses as “the circumstances associated with activities that do not reflect ongoing or prospective manufacturing, processing, or distribution.” One example is asbestos. Although asbestos is now infrequently used in making new insulation, it remains in place in previously installed insulation; this is, therefore, a legacy use. Legacy disposals are defined as “disposals that have already occurred,” regardless of whether the substance disposed of is still manufactured for its predisposal use. Associated disposals refer to future disposals from legacy uses.

Petitioners took issue with the EPA’s claim that when a substance is no longer manufactured or distributed for a particular use, it is unable to evaluate or regulate that use and associated disposal. They further argued that because previously disposed substances continue to be present at disposal sites, their disposal is ongoing and captured by TSCA’s definition.

“EPA’s exclusion of legacy uses and associated disposals from the definition of ‘conditions of use’ is therefore unlawful,” the panel concluded.