The U.S. Chemical Safety and Hazard Investigation Board (CSB) has proposed a rule that would require owners and operators of stationary sources to report basic information about accidental chemical releases. 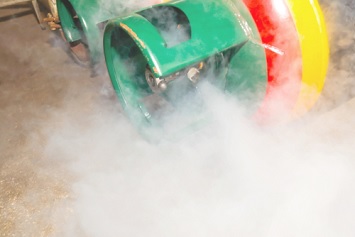 The information that would need to be reported is not extensive, and several elements must be reported only “if known.” The CSB says it conducted simulated phone call reports in which all the required information was relayed in about 8 minutes. Also, if the incident is first reported to the National Response Center (NRC), the caller would need to only provide the CSB with the NRC identification number. To allow the regulated sector to learn about the rule, during the first year following promulgation, the CSB says it will not refer violations of the reporting requirement for enforcement unless there is an intentional failure to report.

“The purpose of the proposed rule is to ensure that the CSB receives rapid, accurate reports of any accidental release that meets established statutory criteria,” says the CSB.

The CSB was established by the Clean Air Act (CAA) to investigate any accidental chemical release that results in a fatality, a serious injury, or substantial property damage. In the current proposal, substantial property damage is defined as “estimated property damage at or outside the stationary source equal to or greater than $1,000,000.” The CSB notes that the CAA “envisioned” a CSB accidental release reporting requirement. Accordingly, in 2009, the CSB issued an advanced notice of proposed rulemaking (ANPR) that outlined four potential approaches to a reporting requirement. The CSB’s ANPR received 27 comments from a variety of interested parties. The CSB’s docket lists no additional rulemaking actions before issuance of the current proposal. In February 2019, a U.S. District Court judge ordered the CSB to issue a final rule by February 4, 2020. Based on the history of incidents it has investigated, the CSB estimates that about 200 incidents a year would be reported under the proposed requirements.

Under the proposal, owners and operators would have 4 hours after an incident to make a report to the CSB. The intent here is to balance the CSB’s need for prompt information with the goal of obtaining as much pertinent information as possible.

“[T]he CSB has determined that the prompt reporting of basic information is its highest priority,” states the CSB. “While additional, detailed information is desirable, the CSB concluded that it would need to extend the reporting deadline if it added additional information requirements beyond those set out in the proposed rule. Some additional requirements would arguably require additional hours, or even days, for compliance. At some point, the primary purpose of the rule—prompt notification of an accidental release—would be undermined by the quest for more information.”

The CSB says it also recognizes that emergency response or other factors may preclude an owner/operator from reporting within 4 hours.

“The CSB will consider a longer-term approach to these unique situations and propose appropriate compliance guidance and/or amendments to any final rule before the [1-year] grace period has expired,” says the CSB.

Following is the CSB’s proposed regulatory language specifying the contents of the required report:

Comments on the proposal must be submitted to the CSB by January 13, 2020.