In December 2019, the U.S. Department of Energy (DOE) took two actions that would appear to set the stage for the delivery of waste elemental mercury for long-term storage and management. 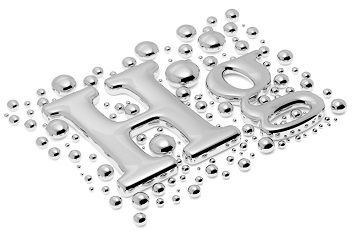 First, in a Record of Decision (ROD), the DOE designated Waste Control Specialists (WCS) in Texas as the site that will accept about 6,800 metric tons (MT) (7,480 tons) of waste elemental mercury generated by gold mining companies and other entities. Second, the DOE issued a final rule establishing a fee for long-term transportation, storage, and management of elemental mercury at the WCS facility. The DOE has set a final fee of $37,000 for 1 ton of elemental mercury delivered to the facility. Once the elemental mercury is delivered, the DOE takes custody of it and assumes liability from the generator. Because generators are not obligated to ship mercury to the WCS site, the transfer of liability is intended to be an incentive to make use of the facility, thereby ensuring what the government believes to be a high level of protection against environmental accidents involving mercury or other uses of the substances that may violate federal law or otherwise endanger people or the environment.

The DOE’s obligation to find a storage facility for waste elemental mercury is one part of the Mercury Export Ban Act (MEBA), a 2008 amendment to the Toxic Substances Control Act (TSCA). Congress recognized that mercury is highly toxic to people, the environment, and wildlife and that a long-term solution to mercury pollution is needed. The MEBA prohibits the federal government from conveying, selling, or distributing to any other federal agency, any state or local government agency, or any private individual or entity any elemental mercury under the control or jurisdiction of a federal agency. The act also prohibits the export of mercury by any party, although an essential-use exemption allows export provided the receiving nation agrees to meet certain conditions (i.e., “the elemental mercury will be used in a manner that will protect human health and the environment, taking into account local, regional, and global human health and environmental impacts”). The essential-use exemption limits export to no more than 10 MT of elemental mercury.

Section 5 of the MEBA gave the secretary of energy until January 1, 2010, to designate a DOE facility for the long-term storage and management of domestically generated elemental mercury. Under the law, the designated facility must accept shipments of elemental mercury generated in the United States. The section also directed that the facility should be operational and ready to accept shipments no later than January 1, 2013. The fee payable at the time of delivery was to be publicly announced no later than October 1, 2012. We could locate no explanation for the DOE’s failure to meet its statutory deadline. However, one factor may be disagreements among stakeholders as to which of seven possible sites was most appropriate for storage. Apart from WCS, each of the other six possible sites is managed by the federal government. The DOE also believes waste elemental mercury is currently being stored safely by either the generators or facilities the generators have retained to store the substance. As required by the MEBA, the DOE consulted with stakeholders about the storage fees; these consultations also addressed how the fees would be affected if storage occurred at any of the other possible sites. The DOE considered many factors before designating the WCS facility (see the DOE’s final Supplemental Environmental Impact Statement for the Long-Term Management and Storage of Elemental Mercury). One factor that appeared to strongly favor WCS is the presence at that site of existing buildings that can be used for storage, thereby eliminating the cost of erecting new structures.

Mercury is a naturally occurring element (also called metallic mercury) that also exists in other forms (e.g., inorganic mercury and organic mercury). Approximately 80 percent of mercury generated by humans is elemental mercury released to the air, primarily from fossil fuel combustion, mining, smelting, and solid waste incineration. When mercury air pollution settles into water, it attaches to microorganisms and forms methylmercury. Methylmercury is bioaccumulative—that is, it persists up the natural food chain. People who depend heavily on a diet of fish from mercury-contaminated water have been found to have unsafe levels of mercury in their brains and kidneys. Mercury in the blood of pregnant women can enter the fetus. In such cases, the infant may be born apparently normal but may later show effects that range from being slower to reach developmental milestones, such as the age of first walking and talking, to more severe effects such as brain damage with mental retardation, incoordination, and the inability to move. Other severe effects observed in children whose mothers were exposed to very toxic levels of mercury during pregnancy include eventual blindness, involuntary muscle contractions and seizures, muscle weakness, and the inability to speak.

The dangers of mercury and, particularly, methylmercury in the environment have been established science for many years and are explicitly recognized in the MEBA. Nonetheless, the act stated that the United States was a net exporter of mercury during the period from 2000 to 2004, exporting 506 MT of elemental mercury more than the nation imported. The MEBA also states that exported elemental mercury found its way into artisanal gold mining conducted in developing countries. In artisanal mining, mercury is mixed with gold-containing materials, forming a mercury-gold amalgam that is then heated, vaporizing the mercury to obtain the gold. The mercury vapors enter the atmosphere, and the methylmercury cycle begins.

The largest holders of elemental mercury in the United States are the Department of Defense and the DOE.  The DOE stores approximately 1,200 MT (1,300 tons) of mercury at its Y–12 National Security Complex in Oak Ridge, Tennessee. Mercury is also used in chlorine and caustic soda manufacturing (i.e., chlor-alkali industry), reclaimed from recycling and waste recovery activities, and generated as a byproduct of gold mining. By banning the export of elemental mercury, the MEBA effectively produced an increased inventory of the substance in the United States. The legislation therefore included the provision to allow government and industry to relieve itself of mercury it might have otherwise exported.

In the first December 2019 action, the DOE issued its ROD for a site that meets the department’s statutory responsibility for long-term storage of the elemental mercury generated within the United States. Seven government and commercial sites were considered:

The ROD was based on the extensive Environmental Impact Statement (EIS) for the candidate sites, as well as several EIS supplements (all documents available here). In one EIS supplement, the DOE quoted WCS’s description of its qualifications for elemental mercury storage and management as required by the MEBA:

“Waste Control Specialists’ [RCRA] permit allows for the storage of mercury in any container that has appropriate integrity. Current storage capacity is adequate for the projected amount of mercury. Our current permitted capacity at both the container storage building and bin storage unit 1 is 130,000 ft3. This would be the equivalent of 12,500 metric tons of elemental mercury.” 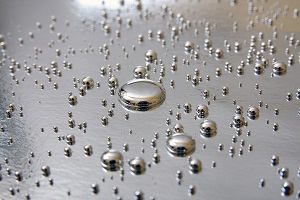 The EIS documents indicated that transportation of elemental mercury to and its storage at WCS would pose “negligible” risks to the environment, workers, and the public. The DOE emphasized that there would be minimal generation of hazardous waste because no treatment of the mercury would occur at the facility. The other deciding factor was the availability of existing structures for storage at the WCS site, which avoids the costs associated with the design and construction of a new facility. The DOE also states that it can make use of an existing contract with WCS, under which the site receives low-level radioactive waste from the department.

The DOE is requiring that shipments delivered to the WCS facility be elemental mercury with a purity of 99.5 percent or greater by volume. The intent here is to ensure that other toxic constituents in the shipments are kept to a minimum.

As noted, the MEBA authorizes the DOE to assess and collect a fee at the time of delivery of elemental mercury. The fee is intended to cover the cost of management and storage, which includes facility operation and maintenance, security, monitoring, reporting, personnel, administration, inspections, training, fire suppression, closure, and other costs required for compliance with applicable law. Congress indicated in the MEBA that the cost of building new structures could be covered by fees only if the DOE found that storage and management could not be accomplished without building new structures.

In its final rule establishing a fee, the DOE says it initially anticipated that fees would cover storage for 40 years. More recently, the department changed that estimate to 15 years, at which point, the DOE says the EPA is likely to have developed a regulatory framework for the treatment and disposal of the stored elemental mercury. In its final rule, the DOE states that it arrived at its fee of $37,000 per MT as follows:

The DOE says it expects approximately 35–50 entities to pay the fee established in the final rule. The majority of the fees are expected to come from fewer than 10 of these entities, with gold mining companies in Nevada comprising the majority of that number.

Currently, no treatment standard exists or has been proposed that would allow land disposal of high-purity elemental mercury waste, waste mercury compounds, or other high-concentration mercury wastes in the United States. However, based on discussions with the EPA, the DOE believes this situation may change in the future, and the department says it is reasonable to assume this change will occur in no more than 15 years.

Treatment that allows land disposal of elemental mercury is occurring in Canada, notes the DOE. The technology, which is also being applied in Europe, involves treating waste elemental mercury with sulfur to convert it to mercury sulfide, which is then encapsulated in polymer. Samples of encapsulated mercury sulfide tested with the toxic characteristic leaching procedures (TCLPs) have been found to be below the land disposal restriction limit for mercury-contaminated soil.