In its current review of its 2012 National Ambient Air Quality Standards (NAAQS) for particulate matter (PM), the EPA may need to closely consider a new report from the National Toxicology Program (NTP) on the relationship between traffic-related air pollution (TRAP) and hypertension during pregnancy. 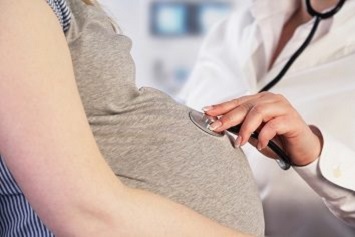 Based on a literature search and reviews of study results, the NTP has concluded that “the available evidence supports that exposure to TRAP increases the odds for developing hypertensive disorders of pregnancy. Because of the recognized relationship between maternal blood pressure status and the effect of hypertension during pregnancy on fetal and infant health outcomes, hypertensive disorders of pregnancy associated with TRAP exposure may have significant adverse health effects in the developing offspring.”

A division of the National Institute of Environmental Health Sciences (NIEHS), the NTP describes itself as “dedicated to testing and evaluating substances in our environment.”

TRAP comprises different pollutants—e.g., carbon monoxide, nitrogen oxides, hazardous air pollutants, and PM. But the NTP appears most concerned with the impact of PM, particularly fine PM or PM-2.5. Overall PM-2.5 concentrations have decreased since 1999, but TRAP continues to be one of the major sources of PM-2.5, with the highest concentrations reported in areas of Southern California, Alabama, and Pennsylvania.

The NTP notes that the impact of TRAP on hypertension and cardiovascular disease in adults living in cities has been extensively studied. But there has been less research into how TRAP contributes to hypertensive disorders of pregnancy (e.g., gestational hypertension, preeclampsia, and eclampsia). The NTP’s literature search and screening process identified 18 relevant epidemiological studies and one relevant animal study that met the project’s objective and the inclusion criteria.

“The human bodies of evidence for traffic-related PM-2.5 and NO2 present a consistent pattern of findings that exposure to these pollutants is associated with the development of hypertensive disorders of pregnancy,” the NTP found. “There is a similar pattern of findings, but a smaller effect size, for bodies of evidence that residing in high-traffic density regions or in close proximity to major roads are associated with developing hypertensive disorders during pregnancy.”

Specific to PM-2.5, the NTP found that exposure to traffic-related PM-2.5 is associated with development of hypertensive disorders in pregnant women based on evidence that the likelihood of developing preeclampsia increases by 51 percent for every 10 micrograms per cubic-meter increase in PM-2.5 concentration when pregnant women are exposed during the entire pregnancy.

As directed by the Clean Air Act, the EPA reviews the NAAQS every 5 years to ensure it provides adequate health and environmental protection and to update the NAAQS if necessary. The reviews comprise several steps, including an integrated science assessment (ISA) and a risk/exposure assessment (REA). The Agency is currently working on its policy assessment (PA) for the 2012 PM NAAQS, which it released as a draft in September 2019. The PA is intended to help bridge the gap between the Agency’s scientific assessments and quantitative technical analyses and the judgments required of the administrator in determining whether it is appropriate to retain or revise the NAAQS.

In the draft PA, the Agency does discuss PM-2.5 and pregnancy but, preliminarily, at least, does not come to the same conclusions as the NTP. The EPA states:

“[E]vidence for a relationship between PM-2.5 exposure and various pregnancy-related pathologies, including gestational hypertension, pre-eclampsia and gestational diabetes is inconsistent. Biological plausibility for effects of PM-2.5 exposure and various pregnancy and birth outcomes is provided by studies showing that PM-2.5 exposure in laboratory rodents resulted in impaired implantation and vascular endothelial dysfunction. Coherence with toxicological studies is provided by epidemiologic studies in humans reporting associations with epigenetic changes to the placenta and impaired fetal thyroid function. When taken together, the draft ISA concludes that the available evidence, including uncertainties that evidence [sic], is ‘suggestive of, but not sufficient to infer, a causal relationship between exposure to PM-2.5 and pregnancy and birth outcomes.’”

The NTP reports that its study received unanimous agreement from an external peer review panel of experts from academia and industry. The NTP says its findings and conclusions should be viewed in light of the lack of data from studies of laboratory animals to assess the effects of environmental exposures during pregnancy. The NTP considers the low number of such studies to be a “research gap.”