The ethanol industry, as well as the agricultural sectors that provide the raw materials for the production of ethanol, welcomed an opinion by a panel of the U.S. Court of Appeals for the 10th Circuit that vacated decisions by the EPA to extend exemptions to renewable fuel obligations to three small refineries. The panel’s basic reasoning is that under the Clean Air Act’s (CAA) Renewable Fuel Standard (RFS), the extensions should not have been granted because the three refineries were not already in possession of exemptions. 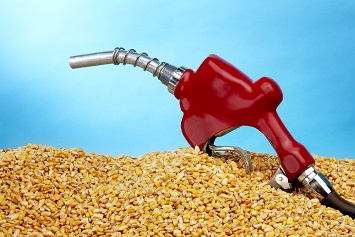 “The EPA exceeded its statutory authority in granting those petitions because there was nothing for the agency to ‘extend,’” said the panel.

Furthermore, the CAA allows the EPA to provide small refinery exemptions (SREs) if, by complying with the RFS, the small refineries would suffer disproportionate economic hardship. However, the panel found that the Agency had considered factors other than regulatory compliance when granting the exemptions, which, the panel said, was outside the scope of the EPA’s statutory authority.

The RFS allows small refineries with a crude-oil throughput of less than 75,000 barrels per day to petition the EPA for a temporary extension after expiration of a 2-year initial exemption from their renewable volume obligations (RVOs) for a given year if they can show that compliance would impose a disproportionate economic impact on them. While the Obama EPA was somewhat parsimonious in granting SREs, the Trump EPA has been far more accommodating.

SREs reduce the nation’s RFS annual RVOs, which in turn reduce the demand for ethanol. Small refineries are able to meet their upcoming RVOs by carrying over their renewable identification numbers (RINs) instead of by adding ethanol to their conventional fuels. (An RIN is attached to each gallon of renewable fuel produced; obligated parties obtain and then ultimately retire RINs for compliance.)

Among their arguments, defendants EPA and the three small refineries said that in recent pronouncements, Congress placed substantial importance on the breadth of the SRE. The court’s own interpretation is that once a small refinery no longer needs an exemption—that is, the refinery is able to comply with its RFS obligations—it should be able to continue to do so going forward. The panel also noted that Congress wrote the RFS to be “market forcing” and, accordingly, gave small refineries a “substantial amount of time to adapt, commencing the RFS program with a blanket exemption that for some refineries ended up lasting seven years.”

The court remanded the three vacated extensions to the EPA for further proceedings consistent with the opinion.

Following are reactions from the four plaintiff organizations in the 10th Circuit case: