Tributary is a key term in the EPA/Army Corps of Engineers’ recent Waters of the United States (WOTUS) rule, just as it was in the 2015 WOTUS rule the newer rule replaced. 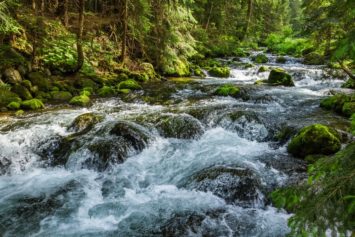 Both rules provide definitions of a tributary for jurisdictional purposes—that is, which tributaries are WOTUS and therefore subject to Clean Water Act (CWA) permitting and which are not. The more recent action does not argue that most, if not all, tributaries do not contribute water to traditional navigable waters (TNWs), the fundamental CWA definition of WOTUS. But, they continue, the simple fact that a contribution to a TNW has been made in the past or occurs only during rainfall does not make such a tributary jurisdictional. Accordingly, in their new definition of a tributary, the EPA/Corps leave out several terms used in the older definition and include several new ones, which together serve to narrow the meaning of a jurisdictional tributary.

At least some of the EPA’s/Corps’ legal justification for the amended definition derives from what the U.S. Supreme Court plurality wrote in Rapanos v. United States (2006), one of the Court’s rulings addressing WOTUS.

“For instance, the plurality characterized an ‘expansive definition of “tributaries’” as including ‘dry arroyos connected to remote waters through the flow of groundwater over “centuries,”’ and described federal control over ‘irrigation ditches and drains that intermittently connect to covered waters’ as ‘sweeping assertions of jurisdiction,’” the EPA/Corp state.

Grasping the implications of the new definition requires study. The following should aid in understanding how the two definitions differ.

The 2015 rule states that a tributary is a “water that contributes flow, either directly or through another water” to a TNW. [emphasis added]

The 2020 tributary definition changes “water” to “a river, stream, or similar naturally occurring surface water channel.” In other words, the definition encompasses a more limited number of features through which water flows.

The 2015 rule included no indication that a tributary is jurisdictional only if certain flow thresholds are met.

Unlike the 2015 rule, the new definition does not consider ephemeral tributaries jurisdictional, even if they have a high-water mark. Water flows in ephemeral features flow only in direct response to precipitation.