Under the Endangered Species Act (ESA), the EPA is required to conduct biological evaluations (BEs) of pesticides to determine their effects on endangered and threatened species (listed species) and their critical habitats. The Agency has now issued a nonregulatory method for conducting BEs. 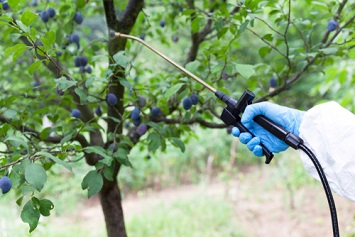 The Revised Method amends an Interim Approach to performing BEs the Obama administration issued in 2015. According to the EPA and other federal agencies that oversee species protection and agricultural production, the Revised Method improves upon the Interim Method primarily by placing a stronger emphasis on actual rather than potential pesticide uses and impacts on listed species, as well as their critical habitat. That approach is expected to lead to a process that speeds up the delivery of pesticides to the market and the agricultural sector.

According to the EPA, the Revised Method is based on recommendations from the National Research Council (NRC); EPA’s lessons learned during the first three pilot BEs; public comments provided through stakeholder meetings, through the docket on the draft BEs for chlorpyrifos, diazinon, and malathion, and through the docket on the proposed Revised Method; comments received during consultation with federally recognized tribes; and comments provided by the U.S. Fish and Wildlife Service and National Marine Fisheries Service—collectively, the services.

The Revised Method was well received in the agricultural and pesticide community, including CropLife America (CLA), which represents manufacturers, formulators, and distributors of pesticides.

“While CLA is still reviewing EPA’s proposal, we appreciate the Agency’s commitment to a process that is efficient, protective of species, and based on the best available science,” says CLA. “The best way to balance these objectives is to rely upon real-world data and analyses that reflect where and how pesticides are actually used. Pesticide usage data is an important part of this revised method and represents a major step forward by EPA to use the best scientific and commercial data available.”

The Center for Biological Diversity (CBD), an organization that relentlessly petitions the courts to order the federal government to expand and enforce ESA protections, reacted differently.

“The revised methods from the Trump administration, requested by the pesticide industry, overlook and ignore many of the common ways that protected species are harmed and killed by pesticides,” says the CBD. “For example, they fail to take into account downstream impacts of pesticides that runoff into streams and rivers or the loss of insect pollinators that endangered plants depend upon.”