With an estimated 738 facilities, the municipal solid waste (MSW) landfill sector is one of the largest industry sectors subject to the Clean air Act’s (CAA) National Emissions Standards for Hazardous Air Pollutants (NESHAP). 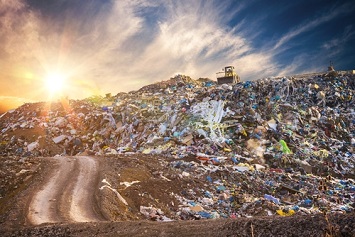 Now, following the first—or residual-risk—part of the EPA’s statutorily required review, the Agency has concluded that the emissions limits established in the 2003 NESHAP protect public health with an ample margin of safety. Therefore, no new emissions limits have been set. The second—or technology part—of the Agency’s review found three developments in practices, processes, and control technologies that could result in reduced hazardous air pollutant (HAP) emissions from MSW landfills. However, the CAA dictates that the EPA may require a sector to implement these developments only if this can be done cost-effectively. The Agency found that none of the three developments met its criteria for cost-effectiveness; accordingly, no new requirements result from the technology review.

The EPA’s final rule announcing the Agency’s decision based on the residual risk and technology review (RTR) does include about 10 separate revisions to the NESHAP. The most significant of these is removal of the exemption from the requirement to meet emissions limits during periods of startup, shutdown, and malfunction. In 2008, the U.S. Court of Appeals for the D.C. Circuit ruled that the CAA’s requires that emissions limits established under the NESHAP be met on a continuous basis. The Agency has been eliminating the SSM exemption as part of the final RTR rules for each NESHAP industrial sector it has promulgated since the D.C. Circuit issued its ruling. The MSW RTR final rule does includes a work practice standard for when the GCCS is not operating, which could include periods of malfunction.

“Whenever a landfill operator is complying with the work practice for periods when the GCCS is not operating, it is unlikely that a malfunction would result in a violation of the standards,” states the EPA.

No Cost to Comply

The EPA believes the remainder of the final revisions are minor, including several that are deregulatory. Overall, the Agency estimates $0 compliance costs for all new and existing sources affected by the final rule, beyond what is already required under the existing NESHAP. The revisions are intended to improve the clarity, compliance, and implementation of the rule, says the EPA, and include:

The revisions were effective upon publication of the RTR final rule in the March 26, 2020, Federal Register.