By a tally of 6 to 3, the U.S. Supreme Court found that under certain circumstances, a discharge of pollution from a point source that travels in groundwater before entering a navigable water subjects the discharger to National Pollutant Discharge Elimination System (NPDES) permitting requirements under the Clean Water Act (CWA). 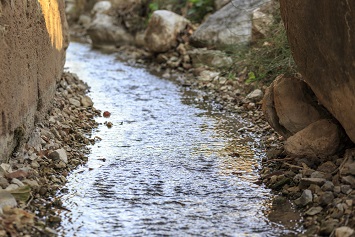 According to the majority, such a discharge must be regulated if it is the functional equivalent of a direct discharge—that is, a discharge that enters a navigable water from a point source with no intervening groundwater. A U.S. District Court, as well as the U.S. Court of Appeals for the 9th Circuit, essentially reached the same conclusion. But the 9th Circuit opinion, which the Supreme Court reviewed, would have required permitting under conditions the majority found too broad. The Supreme Court therefore vacated the 9th Circuit’s judgment and remanded the case for further pro­ceedings consistent with the Supreme Court’s opinion.

The majority comprises the four liberal members of the court, as well as Chief Justice John Roberts and Justice Brett Kavanaugh, neither of whom generally aligns himself with the liberal wing. This shift may be explained at least in part by a statement made by Justice Antonin Scalia in the groundbreaking Clean Water Act (CWA) case Rapanos v. United States (2006).

“Justice Scalia reasoned that the Clean Water Act does not merely forbid the ‘addition of any pollutant directly to navigable waters from any point source,’ but rather the ‘addition of any pollutant to navigable waters,”’ states Kavanaugh in a concurring opinion. “Thus, from the time of the CWA’s enactment, lower courts have held that the discharge into intermittent channels of any pollutant that naturally washes downstream likely violates [CWA Section1311(a)], even if the pollutants discharged from a point source do not emit ‘directly into’ covered waters, but pass ‘through conveyances’ in between.”

“The Court’s interpretation of the Clean Water Act regarding pollution ‘from’ point sources adheres to the interpretation set forth in Justice Scalia’s plurality opinion,” adds Kavanaugh.

The case County of Maui, Hawaii v. Hawaii Wildlife Fund, et al. concerns a wastewater recycling facility operated by the county of Maui. As described by Justice Stephen Breyer, who wrote for the majority, the facility collects sewage, partially treats it, and pumps the treated water through four wells hundreds of feet underground. This ef­fluent, amounting to about 4 million gallons each day, then travels a further half mile or so through groundwater to the Pacific Ocean, a CWA navigable water.

In 2012, environmental groups brought a citizens’ CWA lawsuit against Maui. The groups claimed Maui was discharging a pollutant to navigable waters without the required NPDES permit. The District Court agreed with the plaintiffs, writing that because the “path to the ocean is clearly ascertainable,” the discharge from Maui’s wells into the nearby groundwater was “functionally one into navigable water.” Accordingly, the District Court granted summary judgment in favor of the environ­mental groups. The 9th Circuit affirmed that ruling but de­scribed the relevant statutory standard differ­ently, writing that a permit is required when “the pollutants are fairly traceable from the point source to a navigable water such that the discharge is the functional equivalent of a discharge into the navigable wa­ter.” [emphasis added]

The Meaning of ‘from’

Much of the case revolves around congressional intent when it defined “discharge of a pollutant” as “any addition of any pollutant to navigable waters [including navigable streams, rivers, the ocean, or coastal waters] from any point source.” The key word here is “from.” Maui, as well as the Department of Justice’s Solicitor General, in an amicus brief argued that the statutory meaning of “from any point source” is not about where the pollution origi­nated but rather about how it got there. Under what Maui calls the means-of-delivery test, a permit is required only if a point source itself ultimately delivers the pollutant to nav­igable waters. Under this view, if the pollutant must travel through groundwater to reach navigable waters, then it is the groundwater, not the pipe, that is the conveyance. The CWA does not regulate nonpoint sources of pollution, which include pollution conveyed by groundwater.

The 9th Circuit’s position is that the permitting requirement applies a long as the pollutant is “fairly traceable” to a point source even if it traveled long and far through groundwater before it reached navigable waters. The majority believes that this phrase would inappropriately place CWA jurisdiction over pollutants that take many years to travel in groundwater to a navigable water.

“Our view is that Congress did not intend the point source-permitting requirement to provide EPA with such broad au­thority as the 9th Circuit’s narrow focus on traceability would allow,” states the majority. “First, to interpret the word ‘from’ in this lit­eral way would require a permit in surprising, even bizarre, circumstances, such as for pollutants carried to navigable waters on a bird’s feathers, or, to mention more mundane instances, the 100-year migration of pollutants through 250 miles of groundwater to a river.”

Second, states the majority, the structure of the CWA indicates that, as to groundwater pollution and nonpoint source pollution, Congress intended to leave substan­tial responsibility and autonomy to the states.

“We must doubt that Congress intended to give EPA the author­ity to apply the word ‘from’ in a way that could interfere as seriously with States’ traditional regulatory authority—au­thority the Act preserves and promotes—as the 9th Cir­cuit’s ‘fairly traceable’ test would,” says the majority.

Ultimately, the majority sought to find a middle ground between the overly broad interpretation inherent in fairly traceable and its own interpretation of functionally equivalent.

The majority indicates that the major challenge for permitting authorities, as well as the courts, is to determine the applicability of discharges that occur in the “middle ground” between the two extremes described above. While recognizing that there are many potentially relevant fac­tors applicable to factually different cases, the majority does suggest that the following factors “may prove relevant (depending upon the circumstances of a particular case)”:

“Time and distance will be the most important factors in most cases, but not necessarily every case,” concludes the majority.