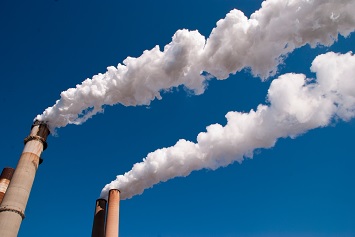 The final rule comes after the EPA issued its October 19, 2019, proposed rule and heard public comment on the matter. The amendments, prompted by the EPA’s Clean Air Act (CAA)-required residual risk and technology review, make the following changes:

This feature reviews the statutory background and an overview of OLD facilities and regulated pollutants and details and explains the most significant changes made by the EPA in its final rule.

CAA Section 112 sets forth a two-stage process of developing NESHAPs to address emissions of HAPs from stationary sources—chiefly, large, industrial facilities. The first stage mandates that the EPA develop emissions standards implementing maximum achievable control technology (MACT) standards based on the best-performing facilities in the industry. In this instance, the NESHAP applies to “major” OLD sources or those that can emit any given HAP at a rate of 10 or more tons per year (tpy) or 25 tpy or more for a combination of HAPs.

For the purposes of OLD NESHAP requirements, organic liquids include “any non-crude oil liquid, non-condensate liquid, or liquid mixture that contains 5 percent by weight or greater of the organic HAP listed in Table 1 of 40 CFR Part 63 [Subpart EEEE].” The list specifically excludes gasoline, aviation gasoline, asphalt, kerosene, and diesel oil, among others.

Industrial facilities subject to the NESHAP regulations fall into two categories: petrochemical terminals responsible for storing and distributing organic liquids and chemical production facilities and other manufacturers that have a distribution terminal, storage tanks, or transfer racks not subject to another major source NESHAP.

In determining applicability, compliance departments should note that emissions sources covered by the OLD NESHAP are frequently found at businesses already subject to other NESHAP provisions under 40 CFR Part 63. If that is the case, the facilities need not also comply with OLD NESHAP requirements. According to the Agency, there are 173 facilities presently operating OLD equipment subject to the OLD NESHAP and four new facilities under construction.

The Residual Risk and Technology Review Mandate and MACT Standards

The second stage undertakes two separate analyses, referred to as the technology review and the residual risk review—collectively, RTR. In conducting the technology review, the EPA must review the technological standards and modify them in light of developments in methods, practices, and control technologies at least once every 8 years, pursuant to CAA Section 112(d)(6).

Under the residual risk review, the Agency must evaluate threats to public health remaining after effectuating the technology-based emissions standards. If necessary, the EPA must revise the standards to provide an “ample margin of safety” to protect public health, considering cost, safety, energy usage, adverse environmental effects, and other factors.

In addition, the EPA must, within 8 years of initially publishing the technology-based emissions standards, revisit them to account for improvements in air pollution controls and prevention. The MACT reflects the greatest-possible reduction in HAP emissions attainable after accounting for cost and energy expenditure while bearing in mind non-air quality environmental and human health impacts. In conducting this analysis, the EPA looks to the practices of industry players that have achieved lower emissions outputs.

On October 19, 2019, the Agency published proposed revisions to the OLD NESHAP. In response, several industry groups commented on the proposed changes.

Proposed changes included a fenceline monitoring program as an alternative to electronic reporting and a requirement for leak detection and repair (LDAR) for uncontrolled fixed-roof storage tanks and for connectors, continuous vapor pressure testing, and HAP content testing. Commentators offered rationale for why their implementation would have been burdensome and costly. The EPA ultimately removed these prospective provisions from the final rule.

The Agency moved forward with only one change to storage tank standards based on the technology review portion of its analysis. It revised the average true vapor pressure thresholds requiring control for existing storage tanks to align with the Petroleum Refineries NESHAP (40 CFR Part 63, Subpart CC) and National Emissions Standards for Organic Hazardous Air Pollutants from the Synthetic Organic Chemical Manufacturing Industry (HON, 40 CFR Part 63, Subpart G), in which the thresholds are lower. The addition of Table 2 lays out the more stringent control limits.

While the EPA proposed no changes to the MACT standards based on the residual risk review conducted pursuant to CAA Section 112(f), it is finalizing several other proposed amendments to the OLD NESHAP.

In its 2008 decision in Sierra Club v. EPA, 551 F.3d 1019 (D.C. Cir. 2008), the Circuit Court for the District of Columbia held that under Section 302(k) of the CAA, emissions limitations must be continuous in nature and that the SSM exemption violates the CAA’s mandate that some CAA Section 112 standards apply “at all times.” In response, the EPA is adding provisions and clarifications for periods of SSM and bypasses, including pressure relief device (PRD) releases, bypass lines on closed vent systems, maintenance activities, and certain gaseous streams routed to a fuel gas system, to ensure that CAA Section 112 standards apply continuously, in accord with Sierra Club, 551 F.3d 1019. The EPA will also finalize its proposal to eliminate language related to SSM that treats periods of startup and shutdown the same as periods of malfunction. 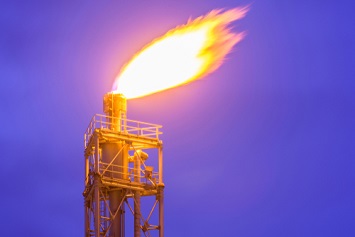 The Agency will also eliminate exemption for periods of SSM to ensure the standards apply continuously. An additional provision will apply to storage tank degassing, which is presently considered a shutdown activity. For tanks subject to the control requirements in Tables 2 and 2b to 40 CFR Part 63, Subpart EEEE, they must be degassed to a control device or controlled recovery system until the volatile organic compound (VOC) concentration is less than 10,000 parts per million by volume (ppmv) or 10 percent of the lower explosive level (LEL). The EPA also removed the 240-hour exemption at 40 CFR 63.2378(e) for control device maintenance during transfers to allow breathing losses. Note that the Agency is not finalizing proposed changes to malfunction provisions.

The EPA propounded significant changes for flares used as air pollution control devices (APCDs). Part 60 or 63 general provisions will not apply to OLD NESHAP flares, but flares will be subject to numerous requirements of the Refinery RTR rule (40 CFR Part 63, Subpart CC).

The final rule includes some of the following developments:

In addition to substantive emissions standard updates, the Agency also made changes to what regulated entities must report and how.

The timeline for compliance with the final rule will be 3 years from the date of its publication in the Federal Register. Note that the EPA extended compliance from 180 days to 3 years for the portion of the “deviation” definition in 40 CFR 63.2406 that addresses SSM periods to ensure a consistent compliance date.

As for cost, the Agency estimates total capital costs of these final amendments to be approximately $2.5 million and the total annualized costs (inclusive of recovery credits) to be $1.8 million/year in terms of 2016 dollars. Note that the total capital figure is down from $4.5 million, the projected cost from the Agency’s proposed rule. Put differently, the EPA forecasts that regulated facilities will not incur total annualized costs of 0.4 percent or greater of their revenues, irrespective of product recovery as a credit.