The U.S. Court of Appeals for the District of Columbia decided in April 2020 that the EPA is required under the Clean Air Act (CAA) to set additional emissions limits on hazardous air pollutants (HAPs) from pulp mills covered by the National Emissions Standard for Hazardous Air Pollutants (NESHAP) for Chemical Recovery Combustion Sources at Kraft, Soda, Sulfite, and Stand-Alone Semichemical Pulp Mills (40 CFR 63, Subpart MM) that were not included in the original standard. The court ruled against the EPA by clearly stating that the Agency had to both conduct reviews either periodically or by petition and set limits on any updated or added pollutants that had no existing standards. 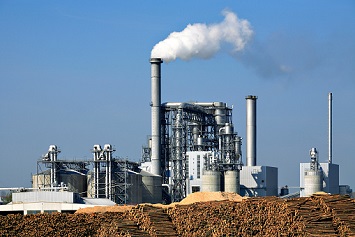 The EPA is being directed to establish emissions limits for HAPs known to be emitted from affected pulp mills but for which the EPA had failed to include in the original NESHAP standard. As a result, affected sources will be subject to new emissions limits with which they will have to comply. In addition, this ruling could apply to all future periodic reviews by the EPA or any petition submitted to the Agency and require the EPA to set new limits for HAP emissions that may have been previously unregulated.

In 1970, the EPA was instructed under the CAA to identify and regulate HAPs. In 1990, frustrated by the lack of progress, Congress amended the CAA. This time, it identified and listed in the CAA almost 200 HAPs and ordered the EPA to name and identify the sources of these pollutants found in the United States and establish regulations addressing each HAP emitted by these source categories. The HAP emissions limits established in these regulations are based on the best-performing sources within the source category and are referred to as the maximum achievable control technology (MACT) standards.

The CAA further directs the EPA, under Section 112(d)(6), to periodically review and update the standards. At least every 8 years, the EPA must “review, and revise as necessary (taking into account developments in practices, processes, and control technologies), emission standards promulgated under this section.” Section 112(f)(2) of the CAA requires the EPA to conduct a residual risk review of the original standards, meaning the Agency must evaluate the residual risk to the public from each source category’s emissions after implementation of the regulations and revise emissions limits as necessary “to provide an ample margin of safety to protect public health.”

History of the Case

The EPA did not respond to the petition, and the nonprofits sued the Agency in 2015 for its failure to conduct the statutorily required follow-up review under Sections 112(d) and 112(f)(2) of the CAA. The EPA acknowledged it had failed to do this and asked the court to give it more time. The court gave the EPA a deadline of October 1, 2017, to conduct the reviews and make final determinations.

The EPA conducted reviews and responded with a Final Rule in October 2017. This rule acknowledged that there were HAP emissions that needed to be regulated that were not included in the 2001 rule. However, the EPA declined to set any new limits for these pollutants. The EPA gave two reasons for this: 1) It was not required under Section 112 to do so, and 2) the court-ordered deadline was unreasonably short.

There was no dispute that the EPA had to conduct reviews of the standards when petitioned or no less often than every 8 years. The main issue the court considered was whether the EPA was then required to add emissions limits for any air toxins that a source emits that the existing standard fails to address.

First, the court discussed the undisputed facts. Section 112(d)(6) is the controlling statutory requirement that directs the EPA to review and update source emissions standards. Also, the CAA mandates that the EPA have emissions standards in place that control all listed pollutants from a source category. The Agency is also required to revise current standards if they are found to be underinclusive.

The EPA argued that there was no requirement under the CAA or Section 112 to set new limits and emissions standards. The Agency claimed that Section 112(d)(6) only applied to existing sources and standards, not to new or previously omitted ones. It also argued that the statutory language to create new limits only applied to practical or technological advances. To support this, the Agency submitted the language in the Act that stated changes should be made “as necessary (taking into account developments in practices, process, and control technologies).”

The court was not convinced by the EPA’s assessment. Mainly, the court stated that the whole purpose of Section 112 is to add to and subtract from the statutory list of HAPs and to create new or updated emissions standards. It held that under a Section 112 review, the EPA is required to establish any missing limits. The majority opinion found that the statutory language was clear. The EPA must periodically review existing standards, and Section 112 expressly mandates that the Agency also add missing limits.