In a petition filed in the D.C. Circuit Court of Appeals on June 19, 2020, 23 advocacy groups represented by Earthjustice sued the EPA and asked the court to overturn the current administration’s updated benefit-cost analysis (BCA) for limits on coal-fired power plants’ mercury emissions. The existing Mercury and Air Toxics Standards (MATS) regulations took effect in 2015 and have proven to reduce mercury from power plants by 81%, according to the EPA. 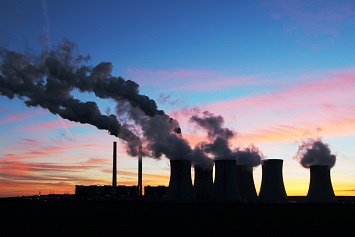 Air pollutants such as mercury have been shown to contribute to “brain poisoning, breathing illnesses, heart disease, and cancer,” according to Earthjustice. “MATS is estimated to save as many as 11,000 lives each year.”

Although advocacy groups and the power industry often sit on opposite sides of the fence over regulatory matters, many of their interests appear aligned against the EPA in fighting against the Agency’s decision to change the BCAs for MATS. Advocacy groups obviously want to ensure clean air standards remain highly regulated due to the perceived health benefits to people and the environment. For the power groups, a summarized version of their position is that they were required to spend billions of dollars to come into compliance and have seen these standards greatly reduce toxic emissions.

The EPA’s decision to lower the BCAs for MATS is part of the Trump administration’s deregulation efforts, and EPA Administrator Andrew Wheeler continues to cite proposed new BCA procedures as the reasoning behind many of the changes to the Agency’s regulation policies.

“Under this action, no more mercury will be emitted into the air than before,” stated Wheeler in a news release issued April 16, 2020. “EPA is following through on the Supreme Court’s direction and correcting the previous Administration’s flawed cost finding in its original rule. Today’s action maintains the mercury emissions standard and meets the statutory obligation to review the adequacy of those standards.”

Wheeler emphasizes that emissions limitations have not been changed, and this means the release of mercury pollutants will not increase because of this change.

Opponents of the change believe the Agency continues in a scary slide down a slippery slope.

“While Administrator Wheeler claims the agency will keep the existing mercury standards in place, the decision to go after the underlying basis for the standards is an invitation for industry to kill these vital rules in court,” Rachel Cleetus, policy director for the Climate and Energy Program at the Union for Concerned Scientists, said in a statement.

Power companies also express doubt that these changes to the MATS are the right move.

Brian Reil, spokesman for the Edison Electric Institute, said repealing the foundation for the rule will introduce “new uncertainty and risk for companies that still are recovering the costs for installing those control technologies.”

“Appropriate and necessary” costs are at the core of the issue. And, although the standards remain in effect, the EPA’s latest proposal regarding MATS says it is reversing its previous position that the costs of regulating mercury do not outweigh the benefits of doing so.

Reil contends that more than $18 billion has been spent by the power industry in installing the regulated pollution control equipment. The costs of these investments were passed on to the customers of power companies. Some utility companies foresee the possibility of lawsuits to challenge the costs of investing in compliance with these regulations if the BCAs for the MATS are changed.

Earthjustice and the advocacy groups currently suing the EPA have taken the position in court that the Agency’s reversal on its previous position could subject the Agency to additional lawsuits that will force it to abandon the MATS rules completely, undoing the greatly reduced mercury pollution levels.

If the MATS is completely gutted, power companies will no longer be required to control mercury and other pollutants in states without state-level regulations, according to Sean Donahue, an attorney representing the Environmental Defense Fund.

“Even though companies have already made their capital investments to comply, they would not be required to operate this equipment, there is cost to that,” Donahue said. “We continue to think the public health stakes are really high.”

Industry analysts and environmental advocates appear to be on the mark in their predictions that the change in MATS rules will bring additional lawsuits.

Westmoreland Mining Holding filed suit against the EPA in the D.C. Circuit Court of Appeals on Friday, May 22, 2020. Although the suit does not specify the issues, industry analysts predict the suit will completely dismantle the MATS if the coal company prevails.

On some levels, the EPA’s continued changes to BCAs appear to be politically motivated, as there is much mudslinging comparing costs between the current and previous administrations. While the financial and environmental impacts of changes to BCAs across the board within the EPA continue to unfold, the legal battles over changes to the MATS are obviously just beginning.