On July 13, 2020, the EPA published its final rule “to update and clarify the substantive and procedural requirements for water quality certification under Clean Water Act (CWA or the Act) section 401.” 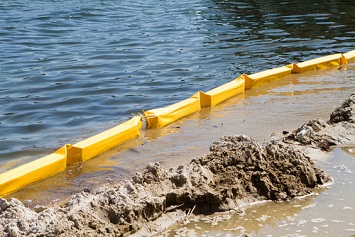 This rule will become effective September 11, 2020. It was proposed last August in response to President Donald Trump’s Executive Order (EO) 13868 on “Promoting Energy Infrastructure and Economic Growth.” The order provided that “States and authorized tribes have a direct role in Federal permitting and licensing processes to ensure that activities subject to Federal permitting requirements comply with established water quality requirements.”

The EPA says this change to the 401 certification process will increase “the transparency and efficiency of the Clean Water Act Section 401 (Section 401) certification process in order to promote the timely review of infrastructure projects while continuing to ensure that Americans have clean water for drinking and recreation.”

Changes in the Final Rule

“EPA is returning the Clean Water Act certification process under Section 401 to its original purpose, which is to review potential impacts that discharges from federally permitted projects may have on water resources, not to indefinitely delay or block critically important infrastructure,” said EPA Administrator Andrew Wheeler.

When EO 13868 was issued, the EPA’s water quality certification regulations were almost 50 years old and did not reflect the statutory language in Section 401. EO 13868 specifically directed the Agency to review Section 401 and update or clarify the language as necessary. During the public comment period on the preproposal stage of the final rule, the EPA received more than 120,000 public comments, which could be an indication of future litigation.