The EPA recently released its annual air quality report, which concluded that air quality nationwide continues to improve. Our nation’s air quality is 77% cleaner today than it was in 1970, according to EPA Administrator Andrew Wheeler. 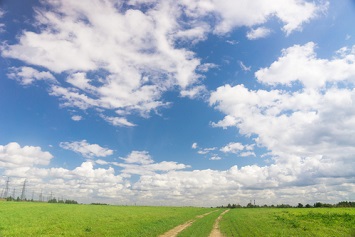 This year marks the 50th anniversary of the creation of the EPA. “Since 1970, implementation of the Clean Air Act (CAA) and technological advances from American innovators have dramatically improved air quality in the U.S.,” according to the report. “Since that time, the combined emissions of criteria and precursor pollutants have dropped by 77%. In recent years, the progress has continued: since 2017, the emissions of these pollutants dropped 7%.”

“Our latest air progress report shows a remarkable decrease in air pollution—both over the past three years and in the past half-century,” Wheeler said. “This data shows conclusively that the U.S. can continue to have world-leading air emission reductions for our citizens alongside economic growth.”

Wheeler attributes this success to its partnership with states. “Since the beginning of 2017, 21 areas in Indiana, Illinois, Wisconsin, Michigan and Ohio have moved from non-attainment to attainment, easing lending and permitting restrictions for thousands of local businesses,” according to a story published in Norfolk Daily News.

Achieving attainment level standards is especially important for those suffering from respiratory conditions and for children whose lungs are still developing.

According to the report, unhealthy air quality days have significantly declined. The report included data on unhealthy air days for sensitive groups tracked in 35 major U.S. cities for ozone and PM-2.5 combined from 2000 to 2019. In 2001, the levels reached 2,155. In 2019, the lowest level of 479 was obtained.

More work is still needed from the EPA, Wheeler said, pointing to the Cleaner Truck Initiative (CTI) specifically, according to the Norfolk Daily News.

“The Trucking industry touches nearly every part of our economy,” Wheeler said in an EPA news release. “A strong and resilient trucking industry is imperative to maintaining a strong and resilient economy. Through this initiative, we will modernize heavy-duty truck engines, improving their efficiency and reducing their emissions, which will lead to a healthier environment. The U.S. has made major reductions in NOx (oxides of nitrogen) emissions, but through this initiative we will continue to reduce emissions, while spurring innovative new technologies, ensuring heavy-duty trucks are clean and remain a competitive method of transportation.”