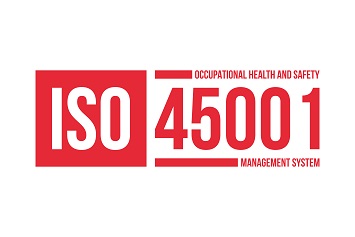 When many organizations think about OHS, they immediately think about regulatory compliance matters, from their lockout/tagout programs to their most recent hazard communication training. This has been the case at many companies in the United States since the passage of the Occupational Safety and Health Act (OSH Act) of 1970 and the creation of the Occupational Safety and Health Administration (OSHA).

But increasingly, government regulation may no longer be the driving force for OHS practices. Many organizations are choosing to go beyond compliance, from employing behavior-based safety (BBS) methods to consideration of Total Worker Health, and many are also moving to a management systems approach as a better way to manage overall organizational risk and achieve a measure of corporate social responsibility.

As a result, international OHS management systems have taken center stage worldwide, and ISO 45001 is the new generation of safety standards.

Consensus standards for OHS management systems have been around for a while. The two most widely used have been:

When they were first developed, those two standards were compatible with existing standards for environmental and quality management systems developed by the International Organization for Standardization (ISO 14001 and ISO 9001). However, beginning in 2012, the ISO undertook to harmonize much of the language and structure of its standards, using a new format that diverged from older, non-ISO standards. This project, called the “high-level structure” project, makes it easier for an organization to implement multiple ISO standards because, for example, leadership recommendations are always found in Clause 5 of a given ISO standard, and common definitions (for example, the definition of “organization” or “policy”) are the same across all standards. Both ISO 9001 and ISO 14001 were updated in 2015 and are aligned with ISO’s high-level structure.

In 2013, the ISO announced that it would begin developing its own OHS management systems standard, ISO 45001. Initially, the ISO hoped to have a draft document of the standard available by 2015 and a final standard by 2016—obviously, that timeline was repeatedly pushed back, but the new standard was finally published on March 12, 2018.

When the standard was released, ISO noted that organizations already certified to OHSAS 18001 will have three years to comply with the new ISO 45001 standard (although certification of conformity to ISO 45001 is not a requirement of the standard). With 2021 now right around the corner, it’s time to get moving if your business has not already made the switch!

The new ISO 45001 standard is an improvement over previous and existing standards for a great many reasons, including:

There are several key differences setting ISO 45001 apart from its predecessor, OHSAS 18001. Generally speaking, the latest standard takes a more proactive than reactive stance, a fitting development for a health and safety field that is increasingly putting a focus on leading indicators as well as lagging indicators.

ISO 45001 favors a preventive process that requires hazard risks to be evaluated and remedied before they cause incidents and/or injuries—this differs from OHSAS 18001, which focused only on hazard control. As with other international management system standards, ISO 45001 also requires the active involvement and participation of the entire organization, top to bottom. By providing a framework that secures commitment from management as well as employee participation in safety education and training, the new standard is a valuable asset in both creating and maintaining a positive safety culture that goes far beyond regulatory compliance.

While the new standard boasts many improvements, it’s also important to note that ISO 45001 keeps all of the beneficial elements of existing standards. For example:

The ISO has step-by-step resources for organizations seeking to migrate to the 45001 management system, and additional software tools can help make the process as smooth as possible. Dakota’s management systems modules provide a framework for planning and managing tasks to implement OHS management systems on an ongoing basis, and they contain the full text of widely-accepted consensus standards and checklist questions for assessing performance. Dakota currently offers ISO 14001, Responsible Care Management System (RCMS), Greenhouse Gas (GHG) Emissions, OHSAS 18001, and, of course, ISO 45001.

Pairing the right tools with the right management system can give OHS professionals confidence that they are efficiently mitigating risk, preventing incidents, and protecting the health and safety of their entire organization.