On August 24, 2020, the EPA published proposed rules that, if enacted, will amend the National Emissions Standards for Hazardous Air Pollutants (NESHAP) for the control of hazardous air pollutants (HAPs) at major sources from new and existing industrial, commercial, and institutional (ICI) boilers and process heaters. 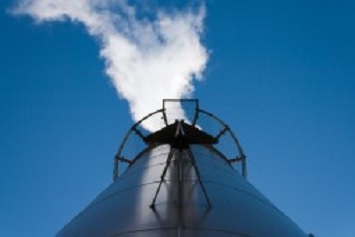 Within the industry, EPA regulations for these heaters and boilers are known as Boiler Maximum Achievable Control Technology (MACT). These regulations set standards for HAPs from boilers located at “major sources” of those pollutants.

The Boiler MACT rule was issued by the EPA in several rulemakings, as different provisions were reconsidered over time.

Numerous provisions of the rule were challenged in court by the Sierra Club, alleging they failed to comply with the Clean Air Act (CAA).

The proposed amendments are designed to reduce specific types of emissions from certain types of boilers, according to eco-rentalsolutions.com. The amendments propose stricter requirements, including:

Under the proposed new rules, 28 of the 34 suggested revisions will impose more stringent emissions standards for these types of boilers and heaters, which could result in significantly increased operating and capital investment costs for industry.

The proposed new rule is estimated to impact approximately 450 boilers. Impacted facilities will be given 3 years to comply with the new limits.

“The EPA estimates that the proposed rule will result in additional, annual nationwide reductions of 37.35 tons HAPs and 244 tons of particulate matter compared to the current rule,” according to omm.com. “It estimates the total capital costs of the proposed amendments to be approximately $83 million, and the total annualized costs to be approximately $22 million. Those costs include costs for control devices, testing, and monitoring associated with the changes to the emission limits.”

The original amendments to the NESHAP on ICI boilers and heaters were finalized by the EPA on January 31, 2013. Those amendments were challenged in the U.S. Court of Appeals for the District of Columbia Circuit, which subsequently published a decision in July 2016 that remanded several of the emissions standards set for these boilers and heaters.

Comments on the proposed rule amendments will be accepted by the EPA until October 23, 2020.  The Agency prefers comments to be accepted through the Federal eRulemaking Portal at https://www.regulations.gov. Comments can also be e-mailed to a-and-r-docket@epa.gov. Include Docket ID No. EPA–HQ–OAR– 2002–0058 in the subject line of the message.