On October 19, 2020, the EPA published a final rule titled EPA Guidance; Administrative Procedures for Issuance and Public Petitions. The Agency typically utilizes guidance documents “to provide direction to agency staff, other governmental agencies, the regulated community, and interested stakeholders on a wide variety of technical and regulatory matters under its purview,” according to an article by the international law firm Perkins Coie published in JD Supra. 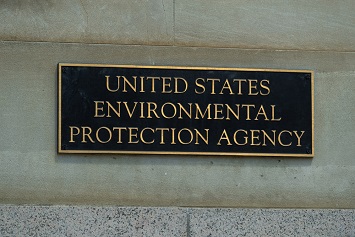 The final rule also provides the public with “the means to petition the agency with requests to modify or withdraw an active guidance document,” according to the EPA.

According to Perkins Coie, the final rule accomplishes four things:

The rule also “codifies the requirement that EPA maintain an Internet portal with a list of all effective, active EPA guidance documents meeting the definition in the regulation,” according to The National Law Review.

EO 13891 defines “significant guidance documents” as those that may be reasonably anticipated to:

“The determination of whether a guidance document is “significant” will be made in consultation with the EPA Office of Information and Regulatory Affairs,” according to Perkins Coie. “Additionally, all guidance issued by EPA’s regional offices must go through the presidentially appointed EPA official tasked with administering the national program under which the guidance arises.”

EPA Administrator Andrew Wheeler said the purpose of the rule is to improve Agency transparency.

Agency guidance challenges are generally dismissed by courts, according to Perkins Coie, “because such guidance is not legally binding.”

To legally review agency actions, in Benett v. Spear, the U.S. Supreme Court determined the action must be a “final agency action” under the federal Administrative Procedure Act, meaning it “must represent the ‘consummation’ of the agency’s decision-making process” and “must determine legal rights and obligations or give rise to direct and appreciable legal consequences,” according to Perkins Coie.

Those in favor of the final rule believe it will provide improved clarity as to how the EPA will enforce and decipher its rules.

“It will also, however, likely hinder the development of such guidance in the future, especially where it is considered significant,” according to The National Law Review. “Resources traditionally used to develop and implement regulations, including often-needed guidance documents, will now need to meet the new mandatory procedures for guidance, possibly leaving the regulated community in limbo without having access to the timely guidance they would otherwise have received.”

For example, if an EPA guidance memorandum would impose significant costs to implement, this could mean the EPA would rely upon regulations rather than issuing informal guidance.

“In turn, this may blunt the utility of EPA’s long-standing practice of issuing guidance to provide greater clarity and direction on complex regulatory and technical issues,” according to Perkins Coie. “Additional criticisms of the rule suggest that the online database reflects an attempt to ‘clean house’ on guidance documents issued by previous administrations.”

Of course, this final rule for Agency guidance could be rescinded when the new administration takes office in January. As it stands, it brings several questions.

Will “the identification of ‘current guidance’ … be used to … limit the effectiveness of older guidance documents”?

“It also remains to be seen how the new petition process for modifying, withdrawing, or reinstating guidance might affect agency resources and practices, and whether this process could result in fewer active guidance documents or generate increased litigation to challenge EPA guidance decisions in response to such petitions,” according to Perkins Coie. “Despite the preexisting restraints on judicial review of EPA guidance, courts may also be called on to determine whether new guidance qualifies as ‘significant’ under the new rule, and if so whether the notice and comment requirements have been satisfied prior to adoption.”