A group of 10 environmental groups allied on October 29, 2020, to sue the EPA in the U.S. District Court for the District of Columbia over claims that the Agency has failed to reduce toxic air pollution at gas processing facilities, municipal solid waste landfills, petrochemical plants, and other large industrial sites. 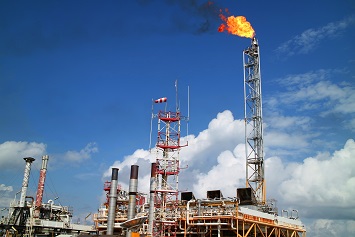 At the heart of the issues are industry flares, those large flames of gas burning at thousands of facilities across the United States. These flares burn excess gas wastes while allegedly releasing “smog-forming volatile organic compounds (VOCs), hazardous pollutants (such as carcinogenic benzene), and other pollutants that threaten the health of people living downwind, which often include communities of color and lower-income neighborhoods,” according to the Environmental Integrity Project (EIP), one of the parties to the lawsuit.

“EPA has not updated two sets of air pollution control standards for industrial flares in decades—34 years and 26 years, respectively—even though the federal Clean Air Act requires the agency to review them at least once every eight years to make sure they adequately protect the public and incorporate improvements in technology,” according to the EIP.

“It’s been far too long since EPA updated these industrial flare standards, and EPA is well aware of the problem,” said Adam Kron, Senior Attorney for the EIP. “Time and time again over the past decade, EPA has admitted that flares operating under these outdated standards can release many times more toxic air pollutants into local communities than estimated. This can cause serious harm to public health.”

Federal regulators say these flares are important pollution control devices. “The hot flames destroy hazardous emissions with predicted 98% or even 99% efficiency, preventing hazardous air pollution. HAPs and VOCs, the chemicals flares destroy, can cause cancer and other serious health effects or contribute to smog,” according to The Advocate, a Baton Rouge, Louisiana, newspaper.

Within the suit, the groups direct the EPA to its own review of flare operations within ethylene crackers at petrochemical plants. “The EPA’s own review found ethylene flares weren’t reaching the predicted 98% destruction efficiency but something between 86.6% to 94.2% efficiency. The lawsuit says that means those facilities were releasing five times the predicted pollution,” according to The Advocate.

Running the flares efficiently requires a delicate balance; operators must supply enough waste gas and ensure temperatures are high enough to burn off the dangerous chemicals but not too hot so as to create soot, which results in fine particulate air emissions.

“Operators often inject air or steam to keep smoke from forming, but that can lower the combustion temperature and hurt destruction efficiency if operators aren’t careful,” according to The Advocate.

Regulations were updated for petroleum refineries in 2015. The lawsuit excludes flares at oil and gas wells.

The EPA was contacted for comment on this issue and information regarding studies and regulations related to all types of sites utilizing flares, but EPA spokesperson Ernesto Jones declined to comment on behalf of the Agency.