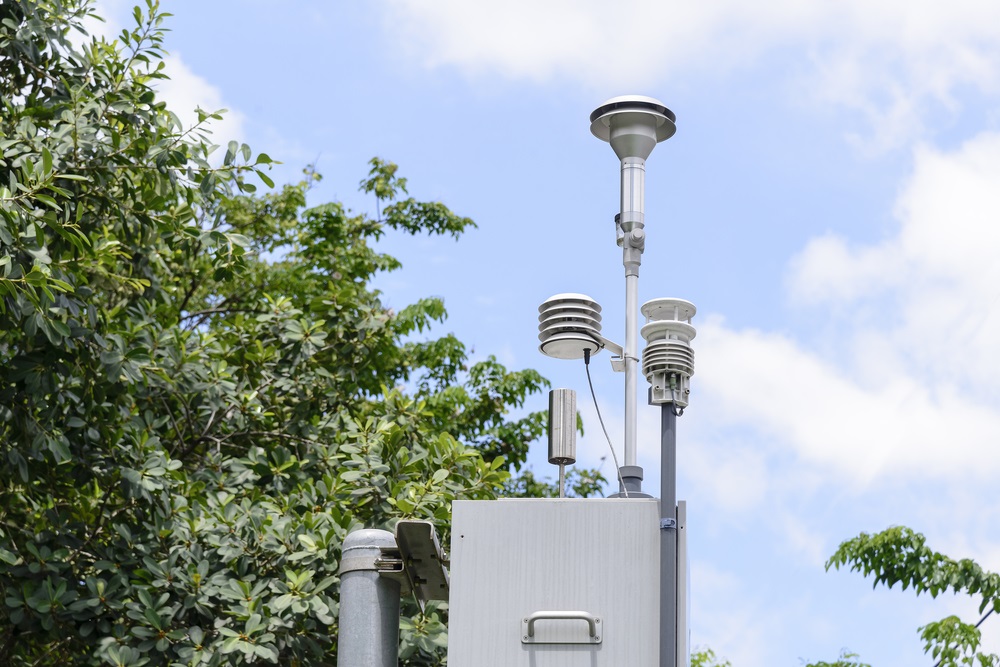 A Philadelphia oil refinery explosion in 2019 sent dozens of people to the hospital with respiratory ailments after the blasts “released nearly 700,000 pounds of hazardous chemicals, including butane, and about 3,200 pounds of hydrofluoric acid, which can cause fatal lung injury in high concentrations,” according to refinery owner Philadelphia Energy Solutions, as reported in Reuters. The U.S. Chemical Safety Board continues to investigate the explosion.

A fireball from the explosion was large enough to be captured by a National Weather Service satellite.

Yet, the data from the EPA recorded the federal air quality index (AQI) score as one of the best scores for the year. “The score was based on readings from part of the federal network of air quality monitoring devices, which are operated by the city of Philadelphia with oversight from state regulators and the EPA,” according to Reuters. “None recorded any significant pollution.”

“To say there was no impact to air quality was crazy,” said Peter DeCarlo, an environmental engineering professor at Johns Hopkins University who lived in Philadelphia at the time and studied the city’s monitoring system, according to Reuters.

Reuters review of the EPA’s data revealed that the government’s network of 3,900 monitoring devices missed risks from 10 refinery explosions over the past decade. The study also compared data from 10 community-based air monitoring projects that showed hot spots and pollution spikes that were not captured by the EPA’s network.

Fine particles, those measuring less than 2.5 microns, are reportedly among the most dangerous pollution because of the ease in which they enter the human bloodstream, causing heart and lung disease. Vehicle exhaust and industrial and power plant emissions are the most significant contributors to fine particle pollution.

Accurate AIQ scores are relied upon by people with respiratory ailments and are also utilized to determine whether new permits are issues for industrial projects. These scores are also used to determine and justify policy decisions for the environment.

“The EPA declined to comment on the monitors’ performance during specific pollution events, including the refinery explosions examined by Reuters, but said the network was generally accurate and reliable,” according to Reuters. “We are confident that the monitoring network provides data that allows decision-makers—states, public health officials, etc.—to make informed decisions on public health” and the permitting of plants in polluting industries, the EPA said in a statement.

“The EPA oversees the network of pollution-monitoring devices, which are maintained and operated by state and local environmental agencies, who also share the financial burden,” according to Reuters. “With probes that suck in air, the devices use filters, light pulses and beta rays to detect gas and particle pollution so tiny that concentrations are measured in parts per billion.”

The EPA’s monitoring system program is underfunded, resulting in not enough monitors and many that are badly placed, Reuters says. “Individual monitors have also proven inaccurate, often recording pollution levels that can vary wildly from audit monitors placed beside them, according to government quality-assurance audits,” as reported by Reuters. “Nearly half of the country’s monitors meant to capture fine particulate matter did not meet federal accuracy standards, an EPA audit released in 2015 found.”

The Philadelphia explosion was missed by the EPA because the nearest EPA monitor was scheduled to capture data only once every 6 days.

“Monitors are also sometimes programmed to limit the level of pollution recorded,” according to Reuters. “A government monitor in Imperial County, California, operated by local and state regulators, recorded much lower readings of day-to-day air pollution in 2017 than were actually occurring because it had been programmed to max out at a lower level. The EPA acknowledged the issue to community organizations after the groups discovered higher readings with their own monitors.”

A study on “Air Quality Observation Systems in the United States” was released in November 2013 under the Obama administration by the Committee on Environment, Natural Resources, and Sustainability, which is part of the National Science and Technology Council. The study found many problems with the EPA’s air monitoring system and suggested “boosting monitoring near major polluting infrastructure, sampling for more pollutants, and doing more urban field studies to better understand block-to-block variability in air quality” to improve the system.

Those suggestions were never implemented due to a lack of funding, according to Reuters.

State regulators have a lot of discretion regarding where monitors are placed, although the EPA provides guidance on the placement. Some suggest that the choice of the monitors’ placement is questionable.

“We found that, on average, newly sited monitors are placed in relatively clean areas,” said Corbett Grainger, a University of Madison-Wisconsin environmental economics professor who led a study of monitor site selection, according to Reuters. “The positioning, he said, suggests that local regulators strategically avoid pollution hot spots.”

“The public’s desire for pollution data is exploding, but the government has less resources,” said Lyle Chinkin, chief scientist at environmental research firm Sonoma Technology, who has testified for the EPA in lawsuits accusing coal plant operators of Clean Air Act violations, according to Reuters.