On December 22, 2020, the federal district court in the northern district of California ordered the EPA to make broad changes in its asbestos reporting requirements under the Chemical Data Reporting (CDR) rule. 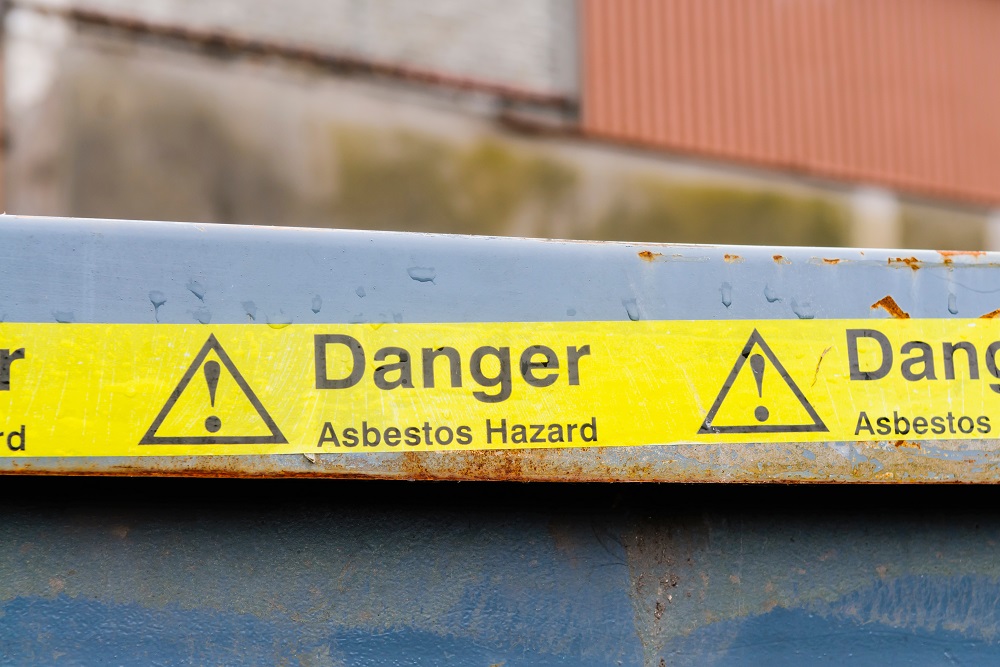 Two cases were the basis for the decision: Asbestos Disease Awareness Organization v. Wheeler and California v. USEPA. The first case was brought by several nonprofit organizations, and the second was brought by several state attorneys general. “Each suit appealed EPA’s denial of that group’s citizens’ petitions under TSCA section 21 asking EPA to amend the CDR or to adopt a new rule supplementing the CDR so as to collect additional information on asbestos assertedly needed for the still-ongoing risk evaluation for asbestos under TSCA section 6(b),” according to The National Law Review.

The court identified several “loopholes” in the EPA’s current reporting “scheme,” which included:

In its ruling, the court ordered the EPA to make the following changes to what was characterized as information-gathering deficiencies:

Impurities exemption. According to The National Law Review, “the citizens’ petitions had cited ‘several studies demonstrating the presence of asbestos contamination in makeup, crayons and other children’s toys made from talc (a mineral often found in deposits also containing asbestos) raising the possibility that thousands of asbestos-contaminated talc-based consumer products may be entering the US.’”

Processors exclusion. “The CDR requires reporting only by manufacturers. 40 CFR 711.8. The court declared that, ‘TSCA unambiguously requires processors to report their data to EPA.’ Section 8(a)(1) begins, ‘The Administrator shall promulgate rules under which – (A) each person … who manufactures or processes … shall submit to the Administrator such reports, as the Administrator may reasonably require….’ (Emphasis in the court decision.) The court found that EPA’s argument that it already captures all reasonably available information on processing from reporting by manufacturers (through the process and use section of the Form U and voluntary information submissions) ‘is not reasonable.’ The decision did not quote or address the section 8(a)(1) limitation, ‘as the Administrator shall reasonably require.’”

Naturally occurring substances exclusion. “The section 21 petitions had asked EPA to waive the exclusion for naturally occurring substances (NOCS) in 40 CFR 711.6(a)(3), since, as the court observed, ‘raw asbestos is a NOCS.’ (Emphasis in the court decision.) The court observed that, unlike for the other ‘loopholes,’ ‘Plaintiffs do not give specific examples of asbestos imports of NOCS which EPA misses.’ Accordingly, it said, ‘the Court need not rest its decision on the NOCS loophole in light of its ruling on the other loopholes discussed supra’[i.e., discussed above]. Thus, it is unclear whether the court’s order for EPA to address ‘the information-gathering deficiencies identified herein’ includes the NOCS exemption.”

What Does This Mean for Asbestos Reporting?

If the court expands the scope of the CDR rule, companies will be given until January 29 to report the additional required information. However, the EPA may provide additional time for new reporting requirements. “In fact, EPA has already extended the CDR reporting deadline twice this year,” according to The National Law Review.

What Does This Mean for Other Substances?

While this decision is related specifically to asbestos reporting, it could lead to additional reporting requirements for other substances for which more information is needed for risk evaluation.

“Despite the strong enforcement powers at its disposal and the importance of complete and adequate information, the EPA, in this instance, has declined to collect all reasonably available information concerning the risks posed by asbestos conditions of use,” according to the court. “The loopholes in the statutory scheme which exempt certain data from the reporting requirements of the CDR rule are significant. EPA asserts that closing them would not lead to additional information and instead lead to the collection of duplicative information.… As demonstrated herein, it is evident that the EPA does not know what it does not know, and its conclusion that closing the loopholes would yield nothing useful is not an informed one. EPA currently lacks possession of all reasonably available information because: (1) it has declined to eliminate the current loopholes in the CDR reporting rule and (2) its modeling cannot adequately capture the full range of asbestos-related risks because EPA lacks reliable and sufficiently comprehensive raw data inputs.”

In the court filings, the EPA argued that it was not necessary for it to collect information on asbestos that represented itself as articles or impurities. Before the CDR, the original Inventory Update Rule (IUR) stated that the “EPA has exempted such types of ‘manufacture’ from the original Inventory reporting and from PMN (Pre-Manufacture Notice) requirements,” according to The National Law Review. “Accordingly, EPA is proposing to exempt these types of ‘manufacture’ from this rule as well, because EPA believes that it does not need information on such coincidental manufacture to update the Inventory Data Base.”

In these cases, the court ruled that the EPA does need to collect this type of information to perform mandated risk evaluations, which have been required since 2016.

Similar justifications have been utilized by the EPA for other chemicals subject to risk evaluations, meaning more changes may be coming, depending on the Biden administration’s decisions due to this court decision.

Without amending the CDR, the EPA reported it plans to require supplemental reporting for potential and actual risk evaluation chemicals in the Fall 2020 Regulatory Agenda:

“EPA is developing a rulemaking under section 8(a) of the Toxic Substances Control Act (TSCA) to add certain chemicals that are on the TSCA Work Plan to the Chemical-Specific Reporting and Recordkeeping rules in 40 CFR part 704, subpart B…. EPA is developing this TSCA section 8(a) rule to obtain information about potential hazards and exposure pathways related to certain chemicals on the TSCA Work Plan, particularly occupational, environmental, and consumer exposure information,” according to The National Law Review. “This information is needed to inform prioritization and risk evaluation of the chemical substances, as mandated under TSCA section 6. TSCA section 6 requires EPA to draw chemicals from the 2014 update of the TSCA Work Plan for Chemical Assessments to prioritize and/or evaluate those particular chemicals or chemical groups listed on the Work Plan for potential risks.”

Some rules in Part 704 require reporting by processors in addition to manufacturers, although there are exemptions for chemicals presenting as articles or impurities. However, those exemptions can be waived by chemical-specific rules under Part 704.

“It is not likely that EPA will amend the CDR itself to eliminate reporting exemptions or the processor exclusion for all reportable substances,” according to The National Law Review.

A processor reporting requirement was not adopted by the EPA. The 2011 rule’s economic analysis estimated that 92,100 reports would be submitted if processors were required to submit reports “based on an assumption of 15 processors for each of 6,140 substances,” according to The National Law Review. The analysis estimated only 29,871 reports from 4,085 manufacturers.

“EPA apparently saw the much higher paperwork burden from having processors as well as manufacturers report as a compelling reason not to adopt a processor reporting requirement for the CDR,” according to The National Law Review. “That paperwork burden concern is likely to continue.”