On January 13, 2021, the U.S. Army Corps of Engineers (USACE) announced publication in the Federal Register of its final rule for revisions and renewals to Nationwide Permits (NWPs). The USACE “reissued 12 and issued four new (NWPs) for work in wetlands and other waters that are regulated by Section 404 of the Clean Water Act and/or Section 10 of the Rivers and Harbors Act of 1899.” 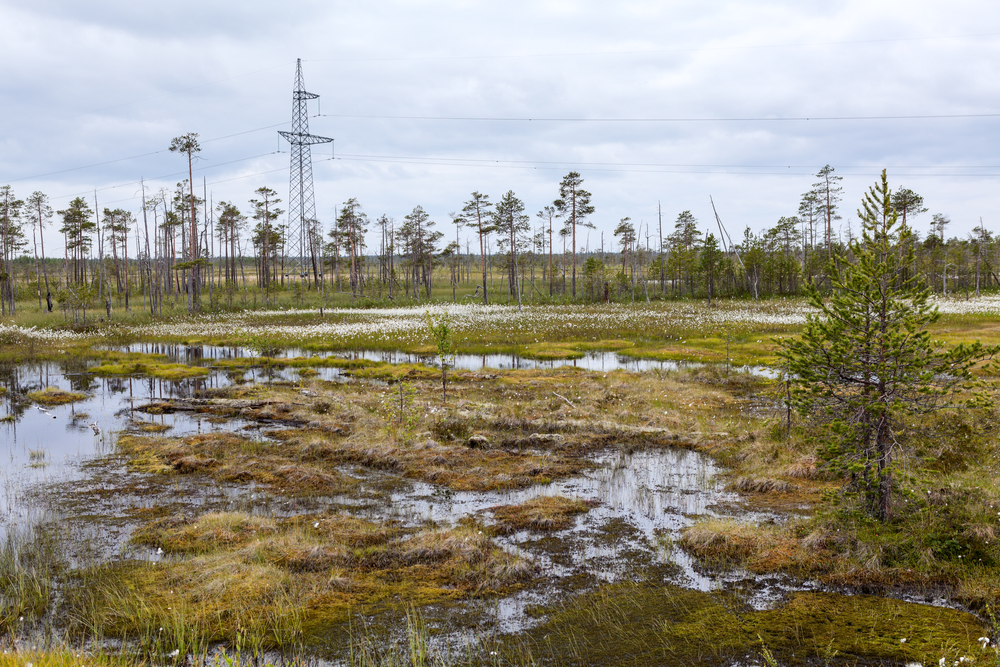 “In total, the final rule reissues twelve existing NWPs (most being revised to remove a 300-foot limit for losses to stream bed), issues four new NWPs (the two utility line NWPs split from NWP 12, and two new NWPs for seaweed and finfish mariculture activities), and revises the general conditions and definitions that apply to these 16 permits,” according to Houston-based law firm Vinson & Elkins LLP in an article published in Lexology. “The rule does not affect the other 40 existing NWPs last reissued in 2017, nor does it change the conditions or definitions that apply to them.”

The final rule also eliminates many conditions that previously required the need to submit a preconstruction notification (PCN) before proceeding with any construction activity. NWP 12’s 2017 version required PCNs in 9 circumstances; the new version requires PCNs only when historic properties may be impacted or when there is the possibility that a protected species is in the area.

“The new 2021 NWPs for the three categories of utility lines remove five of these PCN triggers as redundant,” according to Vinson & Elkins. “However, the 2021 NWPs add one additional PCN trigger to the oil and gas NWP, which now requires a PCN for oil and gas pipeline activities when the overall project is to install a new pipeline greater than 250 miles in length. Commenters on the proposed rule had objected that applying this PCN trigger only to oil and gas pipelines would be arbitrary because it would improperly treat oil and gas pipelines differently than other utility lines, when neither the length of a pipeline nor the substance it conveys has any necessary relationship with the potential impacts on aquatic resources. The Army Corps disagreed with these comments, claiming that long-distance electric utility lines are often constructed as overhead lines, and that lines for water and other substances are often constructed to serve local communities and would likely be shorter in overall length.”

Concerns raised by infrastructure groups over increased litigation risks caused by splitting the utility line permits were rejected by the USACE. The agency “acknowledged that the changes would come with some challenges and some opportunities, but reiterated that the new NWPs would continue to provide regulatory certainty for pipelines and other types of utility lines,” according to Vinson & Elkins.

NWP-12 is a general permit authorizing minimal impacts to streams and waters of the United States during construction of utility lines. The USACE is subject to General Condition 18, which says the USACE cannot authorize “activities that are likely to directly or indirectly jeopardize the continued existence of a threatened or endangered species, as identified under the Federal Endangered Species Act (ESA), or which will directly or indirectly destroy or adversely modify the critical habitat of such species. In other words, any activity that ‘may affect’ a listed species or critical habitat cannot be authorized,” according to Fair Shake Environmental Legal Services.

The NWP-12 permitting process allows the USACE to issue permits for individual segments of a pipeline instead of considering the total impact of a project.

Therefore, the NWP-12 permit has been one of the top hitlist items of many who oppose the continued use of fossil fuels. There has been much criticism in court filings about what opponents feel is a lack of compliance with the ESA.

One project that has been the subject of controversy and contested in many courtrooms since 2013 is the proposed Keystone XL Pipeline expansion project, which would add approximately 1,660 miles of 36-inch crude oil pipeline. “Keystone XL is intended to transport oil sands crude from western Canada, and shale oil from North Dakota and Montana to a hub in Nebraska for further delivery to Gulf Coast refineries,” according to the Congressional Research Service.

Proponents cite the benefits of increasing oil supply from a stable ally, which will create more jobs, while its critics “express concern about greenhouse gas emissions, continued U.S. dependency on fossil fuels, and the environmental risk of an oil release,” according to the Congressional Research Service fact sheet.

Back in November 2018, Judge Brian Morris of U.S. District Court for Montana blocked construction on the pipeline. That decision initially invalidated NWP-12 permits nationwide. However, the court later narrowed its ruling to include only oil and gas lines.

On July 6, 2020, the U.S. Supreme Court (SCOTUS) declined to approve the Keystone Project’s NWP-12 application pending environmental review of the project. The SCOTUS decision also “stayed that injunction for all parties except Keystone XL, and the appeal over the merits of the Montana court’s decision is pending in the Ninth Circuit,” according to the Vinson & Elkins article.

“In yet another legal tussle over a pipeline using that permit (NWP-12) … a Richmond, Va., U.S. appeals court said Nov. 18 that the $6-billion Mountain Valley natural gas line could continue clearing, grading, and other earth-disturbing construction—rejecting opponents’ call for an emergency halt until it rules on a broader permit challenge,” according to Engineering News Record (ENR).

However, on November 9, 2020, the 4th Circuit Court of Appeals issued an immediate stay of Mountain Valley Pipeline’s stream and wetland crossing permits in southern West Virginia and Virginia, pending the bigger final ruling.

The Keystone XL project is already 2 years behind schedule and is now on hold until late 2021 due to the SCOTUS ruling. However, just as President Barack Obama vetoed a Senate bill approving the project, President Joe Biden signed orders on his first day in office revoking the project’s permit.

In its final rule, the USACE addressed the criticism the agency has received over its methods of complying with the ESA.

“Accompanying the Army Corps’ finalization of the 2021 NWPs is its biological assessment, dated January 2, 2021, concluding that the rulemaking has no effect on listed species and designated critical habitat,” according to the Vison & Elkins article. “The Army Corps noted that it is not required to seek written concurrence from the U.S. Fish and Wildlife Service or the National Marine Fisheries Service on ‘no effect’ determinations, as stated in those agencies’ ESA Section 7 consultation handbook. The Army Corps continues its longstanding framework regarding compliance with Section 7 of the ESA, whereby the NWPs do not authorize any activity that ‘may affect’ listed species or designated critical habitat without the Army Corps first completing activity-specific Section 7 consultation with the U.S. Fish and Wildlife Service or the National Marine Fisheries Service, as appropriate. The Army Corps also concluded that it was not required to undertake a national programmatic ESA Section 7 consultation as part of the latest NWP rulemaking — the Army Corps took the same position in issuing the 2017 NWPs, and that position is central to the dispute in the Keystone XL litigation.”

With Biden vetoing the Keystone XL permit and the fact that the USACE published this final rule, the future of NWPs is uncertain.

“… (G)iven the outcome of the recent runoff election in Georgia, Congress and the new administration could potentially use the Congressional Review Act to overturn the final rulemaking,” according to the Vinson & Elkins article. “There is uncertainty about the effect of such an action, since doing so prohibits the agency from issuing a substantially similar rule in the future, and this may unusually constrain the Army Corps in the context of these NWPs, and NWP 12 in particular, which has been in place for many decades and reissued under administrations of both political parties. If the agency instead takes administrative action to forestall the effectiveness of the new NWPs, this time could also give the Biden administration an opening to undertake additional analysis that might reduce litigation risk on the ESA issues. The Biden administration could also attempt to trim back the availability of nationwide permits for politically disfavored types of projects.”