In December, the EPA released its final risk evaluation for 1,4-dioxane, a chemical “currently used as a solvent in a variety of commercial and industrial applications such as in the manufacture of other chemicals, a processing aid, functional fluid, a laboratory chemical, in adhesives and sealants, in spray polyurethane foam, in printing inks, and as a dry film lubricant,” according to the EPA. It is also commonly found as a contaminant in detergents and soaps. 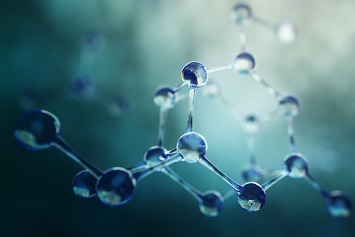 The EPA’s findings, under the Toxic Substances Control Act (TSCA), concluded there are no unreasonable risks to workers, consumers, bystanders, the general population, or environment in the uses it analyzed.

“Information from the 2016 Chemical Data Reporting (CDR) for 1,4-dioxane indicates reported production volume in more than 1.1 million lbs/year (manufacture and import),” according to the EPA.

In evaluating the chemical, the EPA reviewed 24 conditions of use utilizing the review of “extensive scientific literature, conducted modeling and other risk assessment activities, and collected toxicity, exposure, and hazard information from many sources,” the EPA says.

Because it is considered a “forever” chemical, 1,4-dioxane doesn’t easily decay naturally in the environment, according to Chemical & Engineering News (CEN). “In toxicity studies, laboratory rodents given 1,4-dioxane in their drinking water developed liver cancer,” reports CEN. “The US National Toxicology Program classifies the synthetic compound as ‘reasonably anticipated to be a human carcinogen.’”

The chemical is one of the most common contaminants found in drinking water, according to Thomas K. G. Mohr, author of a technical book about investigating and remediating 1,4-dioxane pollution, as reported by CEN.

“Water monitoring data collected in 2010–15 show that more than 7 million people in the US across 27 states had utility-supplied tap water that had detectable 1,4-dioxane, according to the Environmental Working Group (EWG), an advocacy organization,” as reported by CEN.

Because it dissolves completely in water, it is extremely challenging to remove.

“During the course of the risk evaluation process for 1,4-dioxane, OPPT [Office of Pollution Prevention and Toxins] worked closely with the offices within EPA that administer and implement regulatory programs under the Clean Air Act (CAA), the Safe Drinking Water Act (SDWA), the Clean Water Act (CWA), the Comprehensive Environmental Response, Compensation, and Liability Act (CERCLA), and the Resource Conservation and Recovery Act (RCRA),” according to the EPA’s final risk evaluation. “Through this intra-agency coordinate, EPA determined that 1,4-dioxane exposures to the general population via drinking water, ambient air and sediment pathways fall under the jurisdiction of other environmental statutes administered by EPA, i.e., CAA, SDWA, CERCLA, and RCRA. As explained in more detail in section 1.4.2, EPA believes it is both reasonable and prudent to tailor TSCA risk evaluations when other EPA offices have expertise and experience to address specific environmental media, rather than attempt to evaluate and regulate potential exposures and risks from those media under TSCA.”

Next steps for the Agency regarding 1,4-dioxane are to address any unreasonable risks identified and to propose risk management actions and accept public comments on any proposed actions. The EPA has a 1-year deadline to propose any recommended actions.