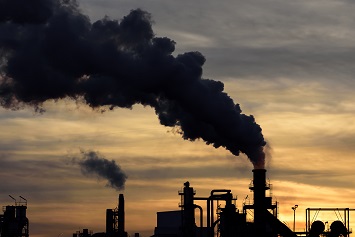 “Wheeler said that after a review of the science and public comments, the standards for fine and coarse particulate matter do not need to be made more stringent, a move that attracted criticism from environmental groups that say lower limits could save lives,” according to Law360. “He emphasized that particulate matter levels across the country had improved in recent years, and that the administration had pushed to complete the review within the five-year time frame established by Congress.

“Congress envisioned a rolling review of the science behind the [National Ambient Air Quality Standards] with a stop every five years to access whether the standards need to be changed and that’s what we’ve gotten back on track doing for the first time in a generation,” Wheeler said, according to Law360.

The Clean Air Act (CAA) requires the EPA to set NAAQS for particulate matter (PM 2.5 and PM-10). PM 2.5 measures less than the width of a single human hair and is mostly produced by vehicle exhaust and fossil fuel fired power plants.

“The EPA’s latest five-year NAAQS review for PM 2.5 became embroiled in controversy after Wheeler in October 2018 abruptly fired a pair of auxiliary panels traditionally tasked with aiding the agency’s seven-member Clean Air Scientific Advisory Committee, or CASAC, in making recommendations to the EPA administrator,” according to sbglobal.com.

“Wheeler claimed the dismissals were necessary to meet the EPA’s statutory timelines for NAAQS reviews. But public health and environmental groups argued the decision left the CASAC without the experience and expertise needed to review thousands of pages of scientific studies on the health effects of PM 2.5 exposure,” according to sbglobal.com.

Outside advisers were appointed by Wheeler to assist the CASAC.
“’They hired consultants that they got to pick, and they could have private, closed-door conversations with them,’ Chris Zarba, former director of the EPA’s Science Advisory Board, said in an interview. ‘Normally the review process is all done out in the open, and how they came up with their findings is extremely questionable,’” according to sbglobal.com.

The decision was praised as a win for the coal industry. “Upsetting baseline rules like these could have forced the extreme and costly restructuring of the industry,” Buffington said, according to Law360.

The Biden administration is expected to further reduce the NAAQS standards once it takes the helm in January 2021.