Right now, the biggest safety and health concern is the COVID-19 pandemic and workplace exposures to the SARS-CoV-2 virus. However, you still need to be aware of the occupational health hazards of workplace carcinogens. 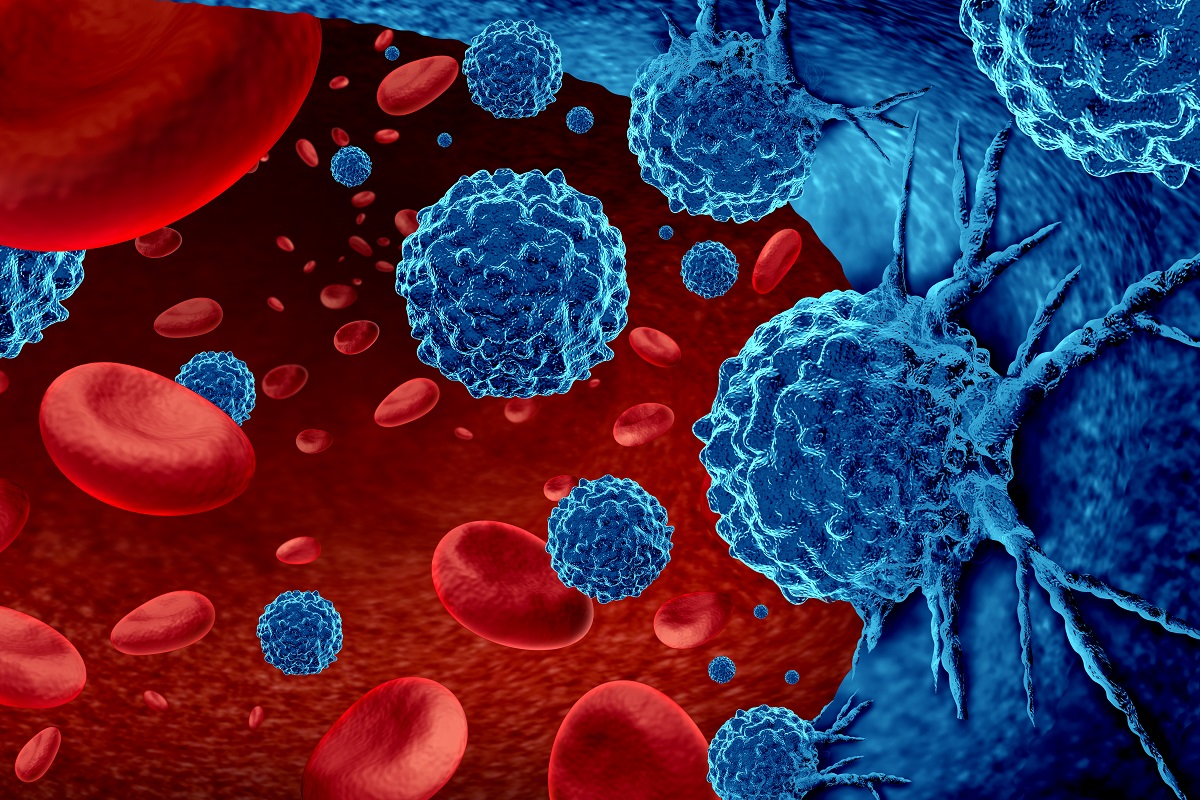 Make peace with the fact that the universe of known and suspected carcinogens continually expands as researchers identify potential causes of cancer.

Along with everyday exposures to air pollution and sunlight, a number of substances have been tied to human cancers. That number includes substances in the workplace, as well as those in consumer products and the environment.

Did you know that 3% to 6% of all cancers worldwide are caused by exposures to carcinogens in the workplace?

It is important to remember that someone’s risk of developing cancer is affected by a combination of a number of factors that still are not fully understood. Exposure in the workplace to cancer-causing agents can be one factor in developing cancer, but others include:

The presence of a carcinogen in the workplace can even result in a cluster of cancer cases among a number of workers. A cluster is defined as an unusual concentration of health events, including cancers, in a defined area or time period. Concerns about a possible cluster may be raised when a number of cancer cases occur among a group of coworkers.

However, more than one case of cancer among a group of workers does not mean there’s a cluster. Cancer is a common disease and can be found among any group of workers in any given workplace. Cancer clusters usually consist of the same type of cancer. Several cases of the same type of cancer that isn’t common in the general population may point to a cluster. A cluster is less likely, however, if there are multiple types of cancer and one type does not predominate.

There usually is a delay between exposures to a carcinogen and the development of a cancer. The delay is called the “latency period.” Latency periods can vary by the type of cancer but in some cases may be 15 to 20 years or longer.

You may want to consult the list maintained by the National Institute for Occupational Safety and Health (NIOSH) of substances considered potential occupational carcinogens. Some substances have an unclear or a variable chemical makeup but still are considered carcinogens, such as coal tar pitch volatiles, coke oven emissions, diesel exhaust, and environmental tobacco smoke. Well-known carcinogens include asbestos, beryllium, cadmium, lead, and silica. However, some of the potential carcinogens on NIOSH’s list may be reevaluated by the institute as new data become available.

You also may find the NIOSH Pocket Guide to Chemical Hazards (NPG) useful. The NPG can provide you with general industrial hygiene information for hundreds of chemicals and classes of chemicals.

Entries for each substance or class of substances listed in the NPG include:

You also may want to make use of The NIOSH Occupational Exposure Banding Process for Chemical Risk Management (NIOSH Publication No. 2019-132). You will find guidance in the control banding approach for managing the risks of chemicals with no established occupational exposure level (either permissible or recommended exposure level). Occupational exposure banding—also known as control banding, hazard banding, or health hazard banding—is a systematic process that uses qualitative and quantitative hazard information on potential health-effect endpoints to identify potential exposure ranges or categories.

Researchers continually identify carcinogens in the environment and the workplace. While millions of U.S. workers may be exposed to carcinogenic substances, less than 2% of chemical or physical agents manufactured or processed in the United States have been evaluated by the International Agency for Research on Cancer (IARC) for carcinogenicity.

For example, the IARC just determined a few years ago that welding fume is clearly carcinogenic and may lead to the development of lung cancer. Welding fume previously had been classified as “probably carcinogenic to humans.”

There are OSHA health standards for welding, cutting, and brazing in construction, general industry, marine terminals, and shipyards. There also are established standards for the components of welding fume like hexavalent chromium and nickel.

Workers’ health and safety precautions during welding can include:

OSHA’s standards include training requirements in addition to those of the hazard communication standard (29 CFR 1910.1200).

You can find specific information about all of OSHA’s training requirements, including the Subpart Z standards, in Training Requirements in OSHA Standards (OSHA Publication 2254, (2015)). 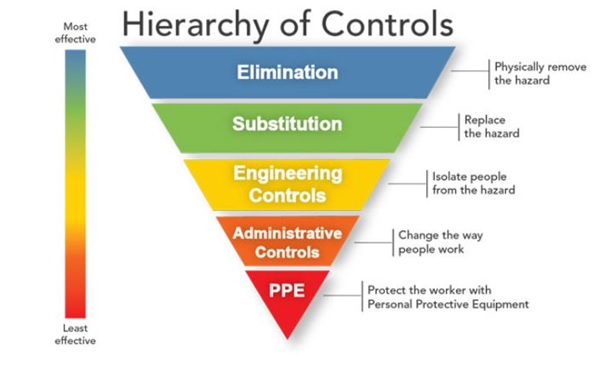 NIOSH holds that there is no safe exposure level for workplace carcinogens and that exposure should be reduced through elimination, substitution, or engineering controls.

The classic industrial hygiene “hierarchy of controls” is illustrated as an inverted pyramid of interventions to be used to control workplace hazards that include carcinogens, as well as acutely toxic, explosive, flammable, or reactive hazards.

To follow the hierarchy of controls, you would first begin with the elimination of a hazard, followed by substitution; engineering controls; administrative controls, including work practices; and, finally, personal protective equipment (PPE). PPE includes respirators and eye, face, hand, head, and hearing protection, as well as protective clothing.

NIOSH tests respirators and maintains a list of certified equipment. Various standards-setting organizations like ASTM International and the American National Standards Institute (ANSI) develop and update standards for other PPE.

When engineering controls are inadequate in reducing exposures to safe levels, you would implement administrative controls or the use of PPE.

Because NIOSH’s position is that there is no safe exposure level for carcinogens, the institute no longer uses the term “recommended exposure level” (REL) for occupational carcinogens. It instead uses the term “risk management limit” for a carcinogen (RML-CA). An RML-CA is the daily maximum 8-hour, time-weighted-average concentration of a carcinogen above which a worker should not be exposed—a reasonable starting place for controlling workplace hazards.

NIOSH continues to reevaluate its exposure policies with public and stakeholder input to clarify issues like the target working lifetime risk level.

Even with peer-reviewed classifications and hazard assessments, tying a specific carcinogen in the environment or the workplace to a particular cancer occurrence is difficult. NIOSH acknowledges in its policy that it can be difficult to point to a specific occupational exposure as the cause of an individual case of cancer. Cases of occupational cancers often are missed, going unreported because of the length of time—sometimes decades—between exposure to a carcinogen and the resulting cancer. Cancers also can have nonoccupational causes, making it difficult to determine causation in individual cases.

For example, NIOSH currently is trying to determine whether the existing PELs and RELs for nanoscale silver are adequate because of cumulative exposures in the workplace and to consumer products. Silver nanomaterials are used in a growing number of consumer and medical products, such as electronics or coatings in textiles.

Because of the latency period between workplace exposures and the development of cancer, you should remain current on the research about carcinogens evaluated by NIOSH. You can be certain that a growing number of substances will be identified as or suspected of being carcinogens. You likely will find that as research comes in, NIOSH will work to develop an RML-CA for a substance well before OSHA establishes a standard for the substance.