The scrap tire industry has come a long way from nothing. Just 30 years ago, there were mountains of used tires littering communities throughout the United States.  With the average tire weighing 20 pounds and an estimated 1 billion stockpiled tires in the United States, it was a heavy and growing problem. 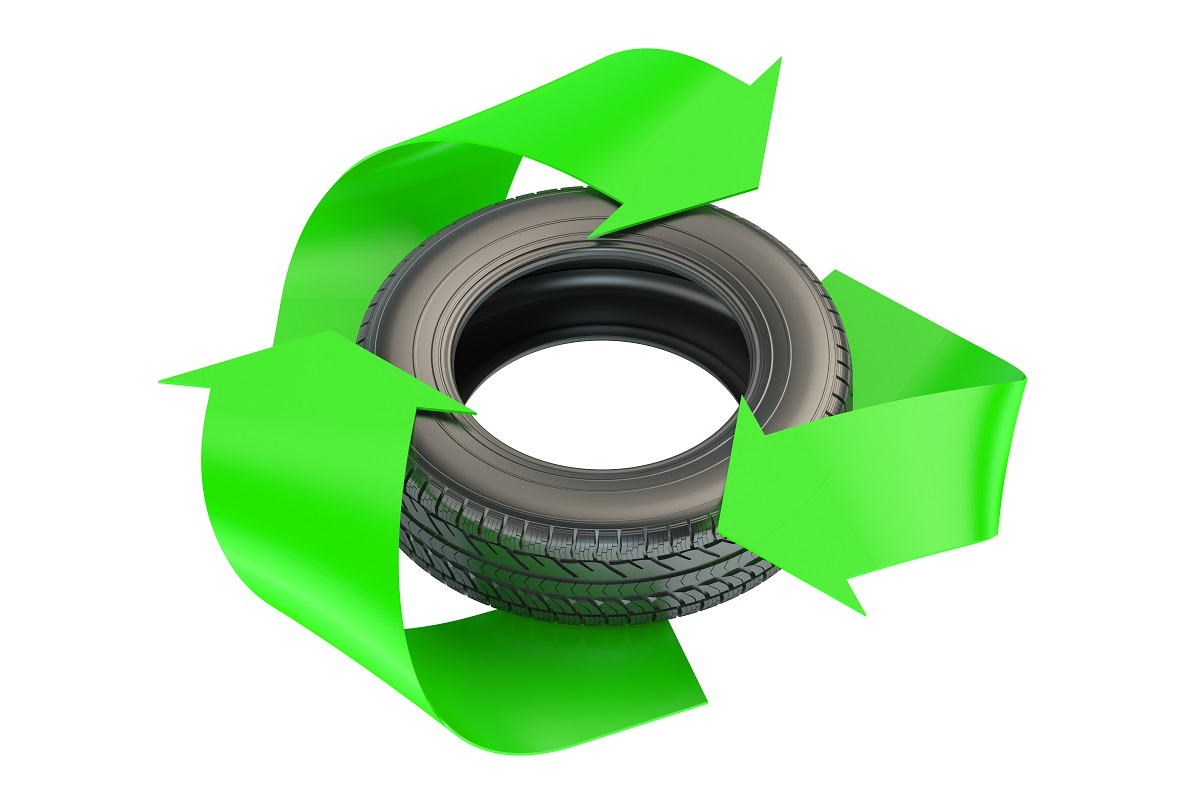 The stockpiles were also an environmental nightmare, “triggering spontaneous fires, marring the landscape, and serving as breeding grounds for mosquitoes,” according to a January 2020 study by the Michigan Department of Environment, Great Lakes, and Energy (EGLE).

In 2019, the United States generated almost 304 million scrap tires, according to the U.S. Tire Manufacturers Association (USTMA), with the EGLE study estimating annual industry earnings at more than $1 billion.

Today, scrap tires are one of the most recycled products in the United States.  Unfortunately, “end-of-life markets are not keeping pace,” according to the USTMA. The association’s 2019 Scrap Tire Management Report “reveals that almost 76% of scrap tires were recycled in products such as rubber modified asphalt, the manufacturing of automotive products and mulch for landscaping and other products, and tire-derived fuel in 2019. This is down from 96% in 2013, when scrap tire recycling peaked.”

“Three decades after we successfully eliminated 94% of the over 1 billion scrap tires stockpiled around the country, this report reveals that efforts to find and develop new uses for scrap tires have stalled,” said Anne Forristall Luke, president and CEO of the USTMA. “We must take immediate steps to grow new and existing markets to recycle 100% of scrap tires. This not only protects our health and the environment – it drives innovation and jobs.”

The USTMA’s goal is to have “all scrap tires enter sustainable end use markets.”

Globally, each year, around 1 billion used tires are generated, yet only about 100 million tires are recycled, according to Goldstein Research, meaning the industry still has considerable room for growth.

Landfills. In 2017, in the United States, 249.4 million scrap tires were generated, with 16% (almost 40 million tires) landfilled, according to The Balance Small Business, a website that provides advice on entrepreneurship and management for small businesses.

Tires are bulky—they take up a lot of space.

“Tires are … a problem in landfills: their hollow, rounded shape takes up valuable [space] in landfills,” according to The Spruce, a website that provides content about green living. “Additionally, tires often don’t stay buried. They have the unfortunate habit of trapping gases like methane and then ‘bubbling up’ through landfills, ripping through landfill liners in the process.” 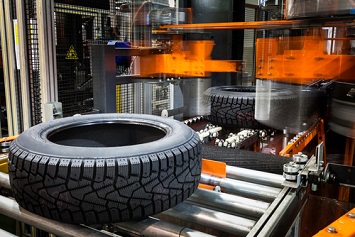 Burning tires. Tire fires create major environmental disasters. “In 1999, a lightning storm ignited 7 million scrap tires piled on the slopes of a canyon near Westley, California,” according to Chemical & Engineering News (C&EN). “A near-apocalyptic scene erupted, according to a 2001 US Environmental Protection Agency case study on the incident. A 60 [-meter] roaring ‘fireball’ and ‘tornado-like vortex’ propelled smoke hundreds of meters into the air, spewing soot as far as 100 [kilometers] away. The blaze was finally extinguished 5 weeks later, but not before it devastated surrounding land, spread noxious emissions, and discharged massive volumes of oil from the melted rubber.”

In the Middle East and North Africa (MENA), scrap tires, along with other harmful materials, are often used to fire industrial ceramic kilns, according to EcoMENA, a regional think tank promoting green initiatives and fostering sustainable development in MENA.

“Burning of tires and other rubber materials as a primary source of energy for kilns is particularly concerning,” according to EcoMENA. “While burning tires does provide an efficient source of energy, the harmful effects of such burning far exceed the benefits.… Scrap tires are used as a supplement to traditional fuels such as coal or wood fuel because of their high heating value. Typically, for each pound of scrap tire rubber burned it equates to 15,000 BTUs of energy and a single tire can burn for up to 50 minutes. This equates to 25 percent more energy being produced than coal. Regardless of the efficiency, the fumes that are being released from tire burning have been shown to be extremely toxic to human health and harmful to the environment.”

In addition to toxic air emissions, the burning of tires creates water and soil pollution. “For every million tires consumed by fire, about 55,000 gallons of runoff oil can pollute the environment unless contained and collected. This oily material is also highly flammable,” according to the EPA.  As a result, cleaning up tire fire locations is extremely costly and can often lead to Superfund status.

While not technically recycling, burning tires as fuel is one of the uses for scrap tires, known in the industry as tire-derived fuel (TDF). It’s a lesser-of-two-evils solution, as the EPA recognizes TDF use in places such as cement kilns, lime kilns, paper and pulp mills, electrical generating plants, foundries, and smelters.

However, the United States is better-equipped with regulations and technology to control TDF combustion emissions than other parts of the world. As EcoMENA points out, “in less developed areas of the world, environmental regulations and technology of this magnitude may not exist … exposing those citizens to more of the environmental and health related effects of uncontrolled tire burning.”

Tires are built to last and don’t easily degrade. In fact, the durability of tires is one of the main hurdles faced in recycling tires, but it is also one of the main benefits in repurposing scrap tires.

When tire recycling first began, the equipment and processing methods were costly. That’s why many states charge a tire tax for disposal. According to the USTMA’s 2020 study, 35 states currently charge state fees for disposal, which can range from $0.25 to $5 or more per tire. 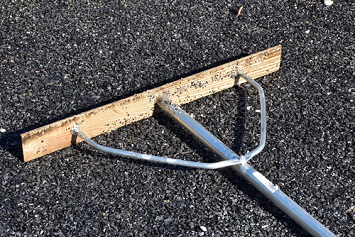 In 2019, the highest use of scrap tires was for TDF, with almost 1,647 tons used, according to the USTMA study. However, ongoing research is aimed at facilitating the use of tire rubber as asphalt concrete. Increasing the amount of tire rubber used in asphalt and improved binding techniques are also good for saving money on road repairs, as they increase resistance to cracking, rutting, and aging, according to C&EN.

In addition, new and creative uses of scrap tires continue to emerge, including flooring, furniture, sandals, garden planters, and even artwork.

Policies aimed at funding tire recycling and rising environmental concerns are encouraging for the scrap tire recycling industry, but there are still challenges that must be overcome, according to the 2021 Industry Research Outlook published by Goldstein Research.

“The growing popularity of recycled material to reduce the consumption of limited natural resources and to lower the CO2 emissions are pushing the adoption of innovative approaches to deal with such challenges,” stated the report. “Recycling of scrap tires is turning out as a perfect solution for reducing environmental pollution as well as [strengthening] the economic condition of the country. Road construction using rubberized asphalt is proving as the best alternative for recycled scrap tires. However, the collection and recycling of all tires and prevent[ion] from illegal landfills, sensitive habitats and abandoned areas are the major challenges. Moreover, shredding processes to clean steel wire from the rubber is a highly complex process … which hampers the profit margin of tire recyclers. Lack of standards for the recycled tire products and complexities in recovering and recycling of car tires are also hindering the growth of the tire recycling market.”

The USTMA did not return calls requesting comments for this article.