The 9th Circuit Court of Appeals in San Francisco has again ruled that the EPA must do more in setting lead paint and dust standards. 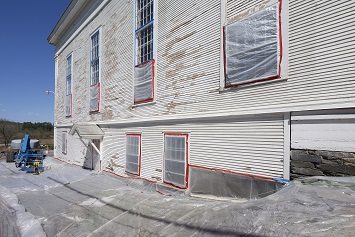 In A Community Voice et al. v. U.S. Environmental Protection Agency, on May 14, 2021, the court again ordered the EPA back to the drawing board. It “ruled that the EPA violated the court’s 2017 mandate to reevaluate hazard standards for lead in dust and paint that persist in millions of American homes, posing health risks, particularly to young children,” according to Inside Climate News. “For separate reasons, the court also ordered the agency to update its definition of lead-contaminated soil.

“The EPA was found in violation for not strengthening its health standards for lead safety and instead considering such outside factors as feasibility and testing capabilities. In its ruling, the majority of appeals court judges also rebuked the agency for its glacial pace in setting standards over the last three decades.”

Writing for the majority opinion, Judge Mary M. Schroeder wrote, “This case is part of what is becoming a lengthy, not very hopeful, saga of our nation’s efforts to deal with the dangers of lead paint that remain in older housing.”

Although led paint was banned from residential use in 1978, older homes built before then, primarily found in minority or low-income neighborhoods, often still have lead paint hazards. According to the Centers for Disease Control and Prevention (CDC), “Approximately 24 million housing units have significant lead-based paint hazards including deteriorated paint and lead-contaminated house dust. About 4 million of these are home to young children.”

Young children often ingest lead paint chips because they taste sweet, or they put their hands in their mouths after touching lead paint dust.

“This can have catastrophic effects on health and development, as lead poisoning puts them at greater risk of attention deficit hyperactivity [disorder], stunted growth and brain damage,” Inside Climate News cautions. “Lead poisoning has also been linked with a greater likelihood of dropping out of school, making less money over a lifetime and ending up in prison.”

“The fact is, most homes have not been inspected for lead paint hazards,” says David E. Jacobs, PhD, chief scientist for the National Center for Healthy Housing, a nonprofit organization whose mission is to reduce health disparities caused by unsafe housing.

Congress passed the Residential Lead Paint Hazard Reduction Act in 1992 and charged the EPA with setting a hazard standard for lead in dust within 18 months.  However, the Agency failed to set the first standard until 2001, 9 years later.

The 9th Circuit issued a mandate for the EPA to act in 2017.

Environmentalists and other public health groups still felt the standards were too lax for lead dust, so they successfully sued the Agency again.

“The EPA had argued that setting standards based solely on the science—which says there is no safe amount of lead in the body—was not feasible because the agency could not mitigate all lead dangers on its own,” Inside Climate News adds. “A three-judge panel, in a 2-1 ruling, acknowledged the EPA’s limitations, but maintained that the agency’s task was to consider health effects alone.

“The court also said the agency’s failure to create a new definition for lead-based paint and a new soil-lead hazard standard—for several decades citing ‘significant data gaps’ and ‘scientific uncertainty’—was ‘capricious and arbitrary’ and in violation of Title IV of the Toxic Substances Control Act. The suit also addressed lead clearance levels, which refer to the amount of lead allowed in homes after cleanup. The court majority ruled that clearance levels were closely related to hazard standards and also required updating.

“The dissenting judge argued that the EPA was entitled to consider factors other than health in setting lead hazard standards,” continues Inside Climate News. “He argued that doing otherwise would seemingly entail setting all clearance levels to zero micrograms per square foot.”

A 2019 investigation “found lead contamination from deteriorating paint in four public elementary schools in New York,” notes Earthjustice. “Some of the classrooms showed lead levels more than 100 times the standard that EPA adopted. Given how outdated the national standards are, it’s unlikely this is an isolated event in the country. In fact, about 15.2 million students were enrolled during 2016 and 2017 in school districts that discovered lead-based paint in their buildings, according to the Government Accountability Office survey.”