Is the obesity epidemic hurting your workplace? Are your workers less productive than they could be because they suffer from poorly controlled Type 2 diabetes, high blood pressure, or obstructive sleep apnea? Are your healthcare costs soaring out of control? 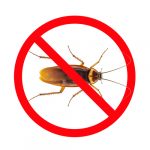 What are the causes of unhealthful air? What are the effects on worker health and productivity? What can you do to reduce the risk? Would cleaner, greener building might also save you money? What Is IAQ? IAQ is the quality of the air inside buildings as represented by concentrations of pollutants and thermal conditions like […]