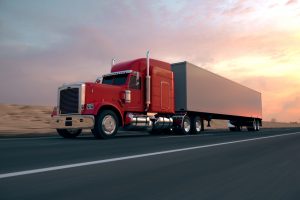 First, let’s talk about the fees, since that is what the Final Rule is ostensibly all about. The only entity that will be paying fees is a hazardous waste “receiving facility,” such as a hazardous waste treatment, storage, and disposal facility (TSDF). The EPA believes that this term is sufficiently broad to include every type of federally regulated or state regulated facility that could receive a hazardous or state-only regulated waste.

The receiving facility’s responsibility to pay a fee includes those situations where the shipment has been partially rejected and a new manifest must be prepared to return the waste to the generator. Receiving facilities will receive monthly invoices electronically for the previous month’s final, signed manifest copies submitted to the EPA.

The amount of the fee depends on the type of manifest submitted. The EPA has tentatively calculated that fees will range between $4 and $20 per manifest, with the highest amount applying to paper manifests mailed to the EPA.

The amount of the fee is based on the total program related costs incurred by the EPA and the numbers of manifests over which program costs will be allocated. Fees will be adjusted as deemed necessary by the EPA. While hazardous waste generators are not responsible for paying manifest fees, there is little doubt that a receiving facility will pass its manifest costs down to transporters and/or generators.

Transmission must be within 30 days of the date of delivery. It is also EPA’s intent to severely “curtail as far as possible” the use of paper manifests and the submission of data from paper manifests, whether by image files or data file uploads, by June 30, 2023. The EPA has yet to figure out how to accomplish this goal.

As of June 30, 2018, the EPA requires the paper manifest to consist of 5 copies, rather than 6, and anyone using a paper copy after this date must use the new form. The old forms will not be acceptable. While EPA-approved printers of the manifest have known for some time that this would happen once the e-manifest system was launched, it may be news to generators, transporters, and TSDFs.

Page 1 (top copy) and Page 2, which were sent from the designated facility to, respectively, the consignment state and the generator state (if required by a state) are eliminated and replaced by sending Page 1 (top copy) from the designated facility to the EPA e-manifest system. A new paper manifest of only 5 copies is now sufficient due to destination states and generator states receiving their copies directly from the e-manifest system.

In addition to using an e-manifest or paper manifest, the Final Rule allows a “mixed” or “hybrid” manifest to be used in order to ease generators into the e-manifest process. This is how it works:

While this article describes several of the more important aspects of the Final Rule, there are other issues and nuances in connection with how to e-manifest a shipment of hazardous waste, including those regarding hazardous waste exports and sanctions for nonpayment of fees. And since the only constant is change, there is no doubt that the EPA will be tweaking the e-manifest regulations after it gets a handle on how they work in practice.