On March 29, 2021, the Office of Inspector General (OIG) issued a report on its findings of an audit of the EPA’s oversight of hazardous waste units closed with waste in place.

Does your facility need to file a Hazardous Waste Biennial Report? This infographic helps you decide and provides useful tips for preparing and submitting a Biennial Report.

OSHA has many worker protection standards, and it is not uncommon to find two or more standards addressing the same hazards in different ways. In such cases, which standard must an employer comply with?

Q: What pre-medical test should be done for DOT shippers, warehouse people, field inspectors, archaeologists, oil spill clean up crew (i.e. those with a chance of encountering and/or cleaning up hazardous waste)?

After more than 6 years of developing new electronic manifest (e-manifest) regulations and the technology to make electronic submission possible, the EPA is set to launch the national e-manifest system on June 30th. The Final Rule, issued on January 3, 2018, is one of the last steps in the implementation of the e-manifest system.  It […]

One motivation behind EPA’s comprehensive revisions of its certification requirements for applicators of restricted use pesticides (RUP) is the need for the federal regulations to catch up with authorized state programs. Issued under authority of the Federal Insecticide, Fungicide, and Rodenticide Act (FIFRA) in 1974, the original RUP applicator certification requirements (40 CFR part 171) […]

Yesterday we took a closer look at three aquatic or reproductive toxins for which the U.S. Environmental Protection Agency (EPA) will be conducting a new health and environmental assessment under Toxic Substances Control Act (TSCA) reform. The EPA chose 10 chemicals for its first round of evaluations; the remaining 7 chemicals are all known, probable, […]

The U.S. Environmental Protection Agency (EPA) has announced the first 10 chemicals it will evaluate for potential risks to human health and the environment under Toxic Substances Control Act (TSCA) reform. The chemicals were drawn from EPA’s 2014 TSCA Work Plan, a list of 90 chemicals selected based on their potential for high hazard and […]

The final Hazardous Waste Generator Improvements Rule (Rule), published in the Federal Register on November 28, 2016, contains two of what the U.S. Environmental Protection Agency (EPA) refers to as “voluntary programs”—meaning that generators of hazardous waste have the choice of whether to comply with the new programs’ requirements. The first program is a set […] 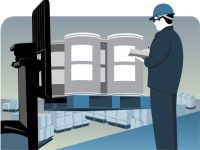