Consistent with the opinion issued in September 2016 by the U.S. Court of Appeals for DC Circuit (Agricultural Retailers Association and the Fertilizer Institute v. U.S. Department of Labor), OSHA has announced that it will not issue citations under its Process Safety Management (PSM) standard for certain wholesalers of agricultural products. 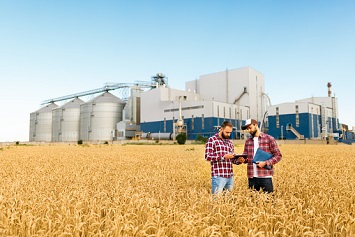 The PSM standard contains requirements for preventing or minimizing the consequences of catastrophic releases of toxic, reactive, flammable, or explosive chemicals. The memo states that OSHA regional offices may not issue PSM citations for employers under the following North American Industry Classification System (NAICS) codes:

Issued to OSHA’s regional administrators by Thomas Galassi, Director of OSHA’s Directorate Enforcement Programs, the memo essentially reinstates a prior and longstanding OSHA policy that exempted from the PSM standard certain retail establishments that sell large quantities of hazardous substances provided at least 50 percent of those substances is sold to end users. The exemption is called the 50 percent test.

In 2013, a catastrophic explosion of ammonium nitrate at a fertilizer establishment in West, Texas, a facility that was exempted from the PSM standard under the 50 percent test, resulted in the deaths of 15 people and injured many others. Subsequently, in 2015, the Secretary of Labor issued a memo that rescinded the PSM retail exemption and the 50 percent test. According the 2015 memo, the sale of hazardous substances to end users who are themselves commercial establishments was directly contrary to OSHA’s original intent for the exemption, that is, to exclude retail facilities from PSM coverage because the small container, package, or allotment sizes of the chemicals typically found at these facilities do not present the same safety hazards as establishments that handle large, bulk quantities of materials.

Because farm supply establishments like the West, Texas, facility sell chemical fertilizers in bulk to farmers, they fall outside the revised definition of retail facilities, the 2015 memo continued.Under the revised definition included in the memo, those facilities would become subject to the PSM standard’s requirements for managing highly hazardous chemicals.

Definition Was a Standard

In its opinion, the DC Circuit said OSHA’s action constituted promulgation of a standard. “Under our decisions, when an action by OSHA corrects a particular hazard, as opposed to adjusting procedures for detection or enforcement, it amounts to a standard,” said the court. “Applying that understanding, we conclude that the agency’s narrowing of the substantive scope of the exemption for retail facilities qualified as issuance of a standard. We therefore have jurisdiction, and OSHA was required to adhere to notice-and-comment procedures. Consequently, we grant the petitions for review and vacate OSHA’s action.” 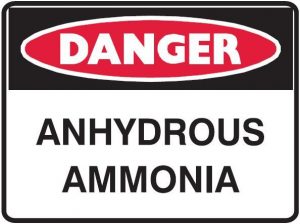 In the new memo, Galassi states that OSHA expects employers in the three listed industry industries to continue to comply with other applicable OSHA standards, including 29 CFR 1910.109(i) (storage of ammonium nitrate), 29 CFR 1910.111 (storage and handling of anhydrous ammonia), 29 CFR 1910.120 (hazardous waste operations and emergency response), and 29 CFR 1910.1200 (hazard communication).

“These standards are valuable agency tools to ensure the safety of workers in these industries,” the memo states. “In particular, OSHA standard 1910.111 addresses similar types of ammonia hazards as the PSM standard. OSHA will seek to maximize compliance among the covered employers through strong enforcement.”

The memo concludes by instructing compliance officers to “exercise enforcement discretion” in applying the PSM standard to retail facilities. The memo quotes from the preamble to the its 1992 PSM final rule.

“Certainly highly hazardous chemicals may be present in [retail] … operations,” OSHA stated in the preamble. “However, OSHA believes that chemicals in retail facilities are in small volume packages, containers, and allotments, making a large release unlikely. OSHA received few comments disagreeing with the exemption of retail facilities (e.g., gasoline stations).”