Excavating and trenching are some of the most hazardous operations in construction, and OSHA is keeping an eye on employers. Today we’re taking look at some recent enforcement actions surrounding trench collapse hazards along with a guidance document from OSHA. 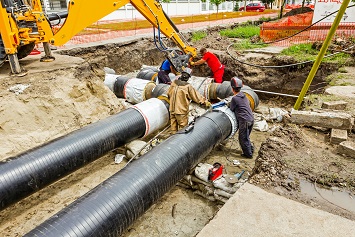 News releases from OSHA in March and April 2018 highlight several expensive violations that can be learning opportunities for other employers.

In one such case, OSHA cited Jax Utilities Management Inc., a Jacksonville utilities contractor, for exposing employees to trenching hazards. The company faces proposed penalties of $271,606.

OSHA initiated its investigation after an employee was injured and hospitalized when an unprotected trench collapsed. Willful citations were issued for exposing employees to struck-by and caught-in hazards, and allowing employees to work without cave-in protection. The company was also issued a serious citation for allowing water to accumulate in the trench, which contributed to the collapse. The investigation was part of OSHA’s National Emphasis Program on Trenching and Excavation. Jax Utilities Management Inc. has been placed in OSHA’s Severe Violator Enforcement Program.

“Trenching and excavation hazards are preventable,” said Brian Sturtecky, OSHA Jacksonville Area Office Director. “This employer knowingly exposed employees to dangerous and potentially fatal hazards, and this injury could have been avoided if the employer had used required protective systems.”

Jax Utilities Management Inc. has 15 business days from receipt of its citations and proposed penalties to comply, request an informal conference with OSHA’s area director, or contest the findings before the independent Occupational Safety and Health Review Commission.

On Dec. 7, 2017, OSHA responded after a trench collapsed on four employees. One employee was buried and suffered a broken hip and femur. Three others were partially covered, but uninjured. Prior to the collapse, the employees were preparing to install a diverter box on an existing storm water pipe. OSHA cited the company for not removing employees from a hazardous work area, and for failing to install cave-in protection.

“This trench collapse, and the injuries it caused, could have been prevented if the employer had used required cave-in protection,” said David Nelson, OSHA Englewood Area Office Director.

In an example of a repeat violation case, OSHA cited Omaha-based plumbing contractor Gavrooden Inc. for the second time in less than six months for failing to protect its workers from excavation collapse hazards. Gavrooden Inc., doing business as Mr. Rooter Plumbing, faces proposed penalties of $38,061.

OSHA inspectors observed employees working in an unprotected trench while repairing a sewer line. OSHA cited the company for one willful and four serious violations for failing to use a protective system to prevent trench collapse; train workers on trenching hazards; and place soil piles a safe distance from the open excavation. OSHA cited the company in November 2017 for similar hazards at another worksite. 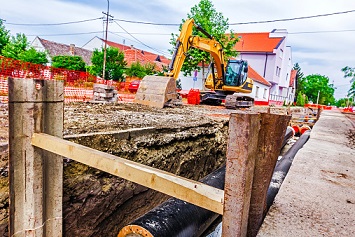 “Trenching and excavation are among the most hazardous jobs in construction,” said Jeff Funke, OSHA Omaha Area Office Director. “This employer has endangered workers by disregarding safety requirements to prevent cave-ins.”

OSHA inspectors observed employees installing water and sewer lines in two unprotected trenches on the same jobsite. OSHA cited the company for one willful and six serious violations for exposing workers to crush hazards, and for failing to: train workers on trenching hazards; provide a safe means of egress from the trench; conduct daily site inspections; and place soil piles a safe distance from the open excavation.

“Trenching and excavation continue to be among the most hazardous jobs in construction,” said Jeff Funke, OSHA Omaha Area Office Director. “When employees are allowed to work in unprotected trenches, they are exposed to a cave-in risk.”

OSHA’s Trenching and Excavation Safety booklet describes safe work practices that can protect workers from trench collapse and other hazards. Among the topics covered are: