The current opioid epidemic, which is being fueled by the synthetic opioid fentanyl, has created a heightened danger for enforcement, fire, rescue, and emergency medical first responders who arrive at the scene of overdoses (ODs), traffic stops, arrests, and searches. 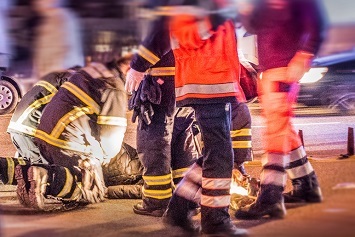 “Accidentally breathing in even a small amount of fentanyl powder can cause serious harm or death,” notes Washington State’s Division of Occupational Safety and Health (DOSH). “Handling tablets, capsules, or liquids can also be hazardous if you get fentanyl on your skin and don’t wash it off right away with water.”

The DOSH has written a 1-page fact sheet on first responders and fentanyl. More information can be found in the U.S. Drug Enforcement Administration’s (DEA) Fentanyl: A Briefing Guide for First Responders.

Fentanyl was developed in 1959 for pain management. Eventually, the drug’s formula got into the hands of criminal elements and has been a large part of the current opioid epidemic. In March 2016, the Centers for Disease Control and Prevention (CDC) reported that the rate of opioid overdose deaths in the United States increased from 33,000 to 42,000 from 2015 to 2016. The CDC also found that the increase was largely fueled by fentanyl, which accounted from 9,500 deaths in 2015 and more than 19,000 deaths in 2016.

How Powerful Is Fentanyl?

Due to the elevated potency of fentanyl over traditional opioid drugs (i.e., heroin), criminal organizations can use 1 kilogram of fentanyl to produce approximately 1 million (1 milligram) counterfeit pills, resulting in potentially $10 million to $20 million in revenue. There are also reports that consumers in some areas are seeking fentanyl over heroin, as the “rush” is greater.

While the major risk is from inhalation or ingestion of fentanyl, handling tablets, capsules, or liquids can also be hazardous if fentanyl gets on a responder’s skin and isn’t washed off with water right away.

Hazardous exposure can be avoided by: 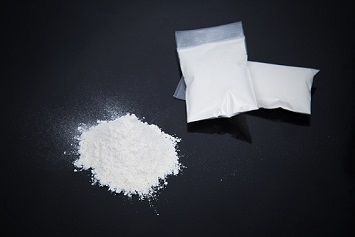 First responders who have been exposed to fentanyl may experience slow breathing or no breathing, drowsiness or unresponsiveness, and constricted or pinpoint pupils.

If an exposure occurs, the exposed individual should be removed from the contaminated environment (preferably to a location with fresh air). If the individual exhibits overdose symptoms, personnel trained in the use of naloxone should immediately administer it. Naloxone is an antidote for opioid overdose. Immediately administering naloxone can reverse an opioid overdose.

“Depending on the drug’s purity and potency, multiple doses of naloxone may be required to stabilize the victim, says the DEA. “Continue to administer a dose of naloxone every 2–3 minutes until the individual is breathing on his/her own for at least 15 minutes, or until EMS arrives.”