It’s officially summer, and with that comes the potential for heat stress. Although OSHA does not have a formal regulation that addresses heat stress, the agency has been conducting an outreach campaign for the past several years aimed at raising awareness of the dangers of hot working conditions and encouraging employers to implement preventive measures to protect workers. And in California, which does regulate heat stress for outdoor workers, the heat illness prevention rule is one of the most frequently violated standards. 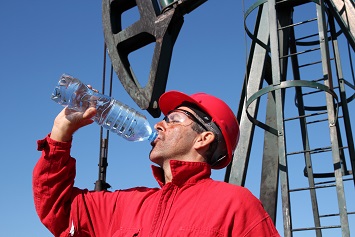 Employers and employees should also note that our understanding of the interaction of heat and the human body has also been improving through research and that programs and practices to protect employees from illness caused by heat stress should be periodically reviewed to stay in step with the most current knowledge.

One of the more recent and in-depth information documents is the National Institute for Occupational Safety and Health’s (NIOSH) Occupational Exposure to Heat and Hot Environments (Revised Criteria 2016). The document, which had been previously updated in 1986, includes more recent information on the physiological changes that result from heat stress; updated information from relevant studies, such as those on caffeine use; evidence to redefine heat stroke and associated symptoms; and updated information on physiological monitoring and per­sonal protective equipment and clothing that can be used to control heat stress.

NIOSH notes that whether and how climate change will affect workers is an ongoing area of research. Another new area of investigation focuses on how heat stress affects the toxic response to chemicals.

“It is likely but unclear to what extent global climate change will impact known heat-exposure hazards for workers, especially with regard to severity, prevalence, and distribution,” says NIOSH. “Toxicological research has shown that heat exposure can affect the absorption of chemicals into the body. Most of what is known on this subject comes from animal studies, so a better understanding of the mechanisms and role of ambient environment with regard to human health is still needed. With changes in the climate, the need for a better understanding will become increasingly important.” 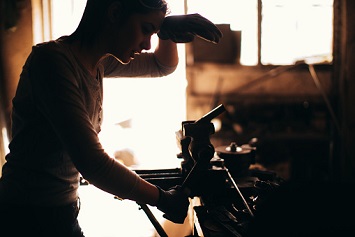 Illnesses that can be brought by exposure to extreme heat in occupational settings include heat stroke, heat exhaustion, heat syncope, heat cramps, heat rashes, or death. Heat can also increase workers’ risk of injuries, as it may result in sweaty palms, fogged-up safety glasses, dizziness, and a reduction in brain function responsible for reasoning ability, creating additional hazards. Other heat injuries, such as burns, may occur as a result of contact with hot surfaces, steam, or fire.

Those at risk of heat stress include outdoor workers and workers in hot environments, such as firefighters, bakery workers, farmers, construction workers, miners (particularly surface miners), boiler room workers, and factory workers. For 2017, OSHA received reports that 24 workers died from heat stress, which likely is only a partial accounting of all the occupational deaths from heat stress that occurred in 2017.

One of the major challenges with heat hazards is that the symptoms of dangerous heat stress can be hard to recognize, even for those who are experiencing them. This is why it is critical that employees become knowledgeable in recognizing the symptoms of conditions such as heat stroke and heat exhaustion in themselves and coworkers. Protection programs should be preventive—that is, actions should be regularly taken in hot environments before symptoms start to appear. A joint OSHA-NIOSH Infosheet lists the following recommendations for both indoor and outdoor environments:

The OSHA-NIOSH Infosheet is available here.