U.S. OSHA confirmed the July 6, 2018, effective date for amendments to the final general industry standard for exposure to beryllium and beryllium compounds (January 9, 2017, Federal Register (FR)). OSHA issued the amendments in a direct final rule (May 7, 2018, FR) to address the application of the standard to materials containing trace amounts of beryllium. 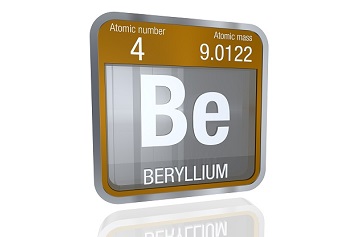 Federal agencies typically issue direct final rules (DFRs) when they anticipate that an action is not controversial. DFRs are published in the FR with a statement that the rule will go into effect unless the agency receives a significant adverse comment within a specified period. For the beryllium standard DFR, OSHA simply stated that a significant adverse comment be one that “explains why the amendments to OSHA’s beryllium standard would be inappropriate.”

DFRs are accompanied by proposals to undertake the same action. Should the Agency accept that a significant adverse comment has been received, the DFR is withdrawn and the agency uses the proposal as the basis for formal notice and comment rulemaking.

“The agency received no significant adverse comments on the DFR, therefore, it will become effective on July 6, 2018,” OSHA states.

The DFR amended the text of the beryllium standard for general industry to clarify OSHA’s intent with respect to certain terms in the standard, including the definition of Beryllium Work Area (BWA), the definition of emergency, and the meaning of the terms dermal contact and beryllium contamination. It also clarified OSHA’s intent with respect to provisions for disposal and recycling and with respect to provisions that the agency intends to apply only where skin can be exposed to materials containing at least 0.1 percent beryllium by weight.

According to OSHA, the DFR addressed a misconception that emerged from the 2017 beryllium standard. The standard contained a compliance exemption for materials containing only trace amounts of beryllium—less than 0.1 percent beryllium by weight—provided the employer has objective data demonstrating that employee exposure to airborne beryllium will remain below the action level (AL) of 0.1 micrograms per cubic meter measured as an 8-hour time-weighted average (TWA) under any foreseeable conditions.

However, after issuance of the standard, stakeholders pointed out to OSHA that the regulatory language could create the mistaken impression that the airborne requirement applied when workers were dermally exposed to only trace amounts of beryllium.

In the DFR, the agency clarified its intention by revising the definition of BWA; adding definitions for dermal contact, beryllium-contaminated, and contaminated with beryllium; clarifying certain hygiene provisions with respect to beryllium contamination; and clarifying provisions for disposal and recycling.

OSHA confirmed the effective date of the DFR in a news release.