Workplace safety is an important goal in any industry, but as every EHS pro knows, promoting and achieving safety is more challenging in some industries than in others. What are the most dangerous jobs in the United States? 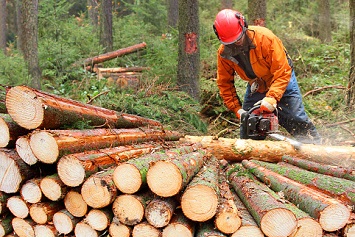 Time’s list, “The Top 10 Most Dangerous Jobs in America,” has the data. Not only are some of the jobs on the list potentially surprising, some of the causes of danger may be as well.

The list reported by Time was based on the number of fatal injuries per 100,000 workers as reported by the 2016 Census of Fatal Occupational Injuries published in late 2017 by the Bureau of Labor Statistics (BLS).

Some of the top dangerous occupations, like logging workers and roofers, are probably not surprising, while others, like trash and recycling collectors and truck and sales drivers, might be. That is, until we consider the causes of danger.

“Transportation accidents were the leading cause of job fatalities, resulting in 40% of all workplace deaths in 2016,” reports Time. “That figure includes 632 truck drivers, 116 farmers and 62 groundskeepers who were killed, among others.”

Time also reported that workplace violence surpassed slips, trips, and falls to become the second most common cause of on-the-job death in 2016. And, while many of us may think of disgruntled employees killing their coworkers as the most likely cause, danger is actually far more likely to be from robberies and assaults by customers, according to James Alan Fox, professor of criminology at Northeastern University, quoted by Time.

While companies spend a lot of time and effort to keep workplace injuries and fatalities to a minimum, the BLS data show that they are far from eradicated, and the causes and industries hit hardest are not always what one might expect. Ensuring a safe workplace requires consideration of all of the potential causes of danger facing employees.