The EPA and several departments of the state of New Mexico recently signed a memorandum of understanding (MOU) under which the parties will explore the opportunities, benefits, cost, and risks of making further use of wastewater from oil and gas (O&G) operations in the state. O&G wastewater, more commonly called produced water, is defined in the MOU as “the fluid brought up from the hydrocarbon bearing strata during the extraction of oil and natural gas, and includes, where present, formation water [water occurring naturally in the underground formation], injection water [water added by the O&G operator to facilitate O&G production], and any chemicals added downhole or constituents released from the formation.” 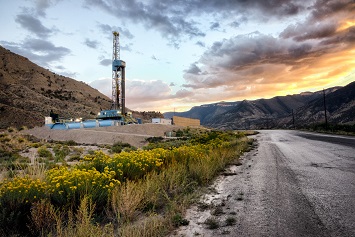 One intent of the EPA/New Mexico MOU is to advance the science of produced water by forming a work group that will write a white paper addressing major issues, including:

Resolving or bringing clarity to these issues should advance the usefulness of produced water. O&G companies typically reuse produced water in their operations, but most produced water is disposed of by being injected deep underground, most likely rendering it unavailable for any future use.

This waste has confounded all levels of government, industry, and the public for decades. According to the Produced Water Society, during 2012 (the most recent year for which national volume data have been collected), 21.2 billion barrels (1 barrel = 42 gal) of produced water were generated in the United States. By comparison, this is more than twice the amount of water that typically flows over the Niagara Falls each day. As do many others, the EPA and New Mexico believe produced water can be used for multiple purposes, particularly in arid states.

“While underground injection certainly has its utility and place, alternatives are available that treat wastewater from oil and natural gas extraction for re-introduction into the hydrologic cycle, which is especially important in arid areas suffering from drought like New Mexico,” said EPA Office of Water Assistant Administrator David P. Ross. “This MOU with New Mexico is cooperative federalism in action—working directly with states and local officials to create new opportunities to provide safe water to water-scarce communities across the country.”

Some produced water is relatively clean and is directed to various uses, including recharging underground aquifers, augmenting surface waters and wetlands, irrigating farmland, and watering livestock. But most produced water that is not injected has ingredients that limit its application. For example, formation water, also called brine, typically has a high saline content (up to 15 times saltier than seawater). Other common impurities include naturally occurring radioactive materials (NORM), waxes, greases, sand, scales, dissolved salts, carbon dioxide, hydrogen sulfide, and metals. Injection water, particularly water used for hydraulic fracturing, returns to the surface with chemicals intended to expedite fracking. Before finding a use other than further well stimulation, this type of produced water usually has to undergo some form of treatment.

“As oil, gas, and water are produced from a well, the fluids need to be separated into separate streams,” states the Produced Water Society. “This is typically done using some type of gravity separation, such as API separators, free water knockout tanks, or gun barrel separators. In addition to separating the fluids, these devices allow for large solid particles to settle out. When the oil and water are emulsified, they can be separated by applying heat or appropriate chemical treatments.”

“It is not possible or practical to list or describe all types of treatment technologies,” continues the Produced Water Society. “In most instances, these technologies are not used by themselves–they are stages in a pretreatment/treatment system.”

States that favor recycling produced water have had difficulty setting standards or developing permitting programs because the content of produced water can be highly inconsistent from well to well and even, over time, in the same well. In other words, there is no way to know what level of treatment is needed and even whether the treatment that is available will make the water usable where it is most needed. Inconsistency also exists in the methods used to analyze produced water, with some analyses showing the water is acceptable for certain purposes and others showing it is not. Disputes have also emerged over water rights—that is, who has ownership of formation water.

Also, even if the water is ready for use, it generally has to be transported. Treatment and transportation are costly and can discourage use.

The EPA/New Mexico work groups will have a wealth of information to examine because the issue of produced water has been exhaustively examined for years by regulatory agencies, academics, and industry. And, even with much uncertainty about the risks of using produced water, there are success stories.

Among the states, California appears to be in the lead in using produced water. According to the American Geosciences Institute (AGI), of the 80 billion gal of oil field water produced in California in 2013, about 20% (entirely from wells that are not hydraulically fractured) was treated and used for irrigation of crops for human consumption.

“During the state’s historic drought, California’s oil producers are providing a desperately-needed water supply for agriculture, offsetting cutbacks of water supplies from the State Water Project and helping reduce the need to draw water from groundwater basins,” said the Western States Petroleum Association. “Without recycled produced water as an additional water source during the ongoing drought, farmers could be forced to fallow thousands of acres of farmland used to grow high-value crops.”

The AGI also notes that thousands of acres in the Powder River Basin of Wyoming and Montana are irrigated using treated produced water from coalbed methane wells to restore overgrazed rangeland or produce livestock forage and, to a lesser extent, provide drinking water for livestock and wildlife. In Wellington, Colorado, treated produced water is used in an aquifer storage and recovery project to maintain groundwater supplies in the region, adds the AGI. 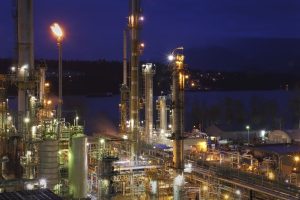 Some energy companies have aggressively used produced water both for their own operations and to support agriculture. For example, California Resources Corporation (CRC), an oil and natural gas exploration and production company, says that it reuses or recycles over 78% of its produced water in enhanced recovery operations, “typically in a closed loop system by reinjecting it into the same oil and gas reservoirs from which it came.”

“For every gallon of fresh water we purchased in 2017 for our statewide operations, we supplied nearly 3 gallons of reclaimed water to agriculture,” says CRC. “Our reclaimed water is blended with water that water districts obtain from other sources. The reclaimed water and blended irrigation water are sampled and analyzed on a monthly and quarterly basis by an independent state-certified laboratory for up to 120 compounds and reported in a publicly accessible format to the Regional Board to ensure that the water used for irrigation or recharge meets water quality permit requirements. Moreover, water districts and the state’s Food Safety Expert Panel have also conducted crop sampling to validate the safety of reclaimed produced water for irrigation.”

Overall, CRC says that as a water supplier, it supports over 5,000 acres of productive farmland and associated farmworker jobs.

Observations from a Workshop

Some of the main opportunities and challenges offered by produced water were discussed by a panel of experts at a 2017 workshop sponsored by the National Academy of Sciences, Engineering, and Medicine (NAS). Points made at the workshop included the following (the quoted statements are from summaries provided by the NAS):

The NAS has made the proceedings from the workshop available as a free PDF download here.