In a case originating more than 75 years ago, a 4–3 majority of Virginia’s Supreme Court ruled that a company was liable in the death of an employee’s family member who was exposed to asbestos fibers carried by the employee on his clothing into his home. 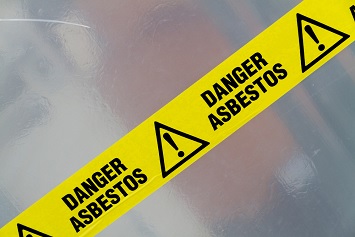 The plaintiff, who is the executor of the estate of the deceased, alleges that from approximately 1942 to 1977, the father of the deceased was employed by Newport News Shipbuilding and Dry Dock (now Huntington Ingalls Incorporated) and was routinely exposed to asbestos dust that adhered to his clothing. He brought home asbestos fibers, and his car was contaminated with these fibers. His daughter lived in his home and was exposed to asbestos beginning in 1942. Beginning in 1954, she regularly helped launder her father’s clothes, shaking off and breathing in asbestos dust in the process. She moved out of the home in 1969. In December 2013, she was diagnosed with malignant pleural mesothelioma caused by exposure to asbestos dust and fibers. She died from the disease 3 years later.

The complaint alleges the shipyard was aware of the dangers asbestos exposure posed and was negligent in choosing not to exercise reasonable care to, among other things, sufficiently warn workers not to wear work clothes home; educate workers about safeguards, such as coveralls; provide a locker room, showers, or laundry service; and adhere to various statutes, regulations, and guidelines.

The complaint was originally fielded by the U.S. District Court for the Eastern District of Virginia, which asked the Virginia Supreme Court to exercise its jurisdiction under the state constitution. The Supreme Court said it was tasked with answering the following question:
Does an employer owe a duty of care to an employee’s family member who alleges exposure to asbestos from the work clothes of an employee, where the family member alleges the employer’s negligence allowed asbestos fibers to be regularly transported away from the place of employment to the employee’s home?

The shipyard argued that no duty to the deceased existed because the asbestos traveled on the backs of employees. In other words, the shipyard could not be held liable for harm that would occur in the world in general because asbestos was incidentally transported out of the premises. Common law holds that negligence depends on some specific relationship between the plaintiff and the defendant, without which there can be no liability. The shipyard contended it had no such relationship with the deceased.

The majority stated that it recognized that where no relationship exists, it is axiomatic that there is no duty. But, quoting precedent, the majority added, “[t]he existence of [a] duty does not depend on proving a particular relationship,” but “‘arises from that basic and necessary regulation of civilization which forbids any person because of his own convenience, to recklessly, heedlessly or carelessly injure another.’”

To clarify that the shipyard could not claim innocence because the asbestos left the facility, the majority used the example of a cow wandering off a property and blocking public roads.

“This Court has found that a property owner had a duty to prevent his cow from wandering onto nearby roadways by virtue of the proliferation of paved roads in the Commonwealth and the ‘common knowledge’ that cows on a roadway can pose a hazard to motorists,” said the majority. “The proximity of the owner or his farmhands to the motorist, or a prior existing relationship, was not relevant to the question of duty, but rather the proximity of the cows to the roadway and the recognizable risk of harm to the class of persons on the road.”

“‘Nobody is permitted by the law to create with impunity a stumbling block, a trap, a snare or a pitfall for the feet of those rightfully proceeding on their way,’” the majority added, quoting a Virginia legal precedent (Louisville & Nashville R.R. Co. v. O’Neil, 1916). “The innocent cohabitator represents the quintessential class of persons ‘rightfully proceeding on their way’ yet placed in a ‘given area of danger.’Because we find a duty does indeed lie to such persons in the recognizable and foreseeable area of risk, we answer the certified question, as restated, in the affirmative.”

According to the dissent, the majority erred in its application of foreseeability. “Because incorporating foreseeability into our duty framework will improperly require courts to engage in fact specific inquiries that are ordinarily reserved for juries, foreseeability should not be considered when determining whether a duty exists.”