In its November 2018 report on top management challenges for the U.S. Department of Labor (DOL), the DOL’s Office of Inspector General (OIG) states that OSHA needs to complete initiatives to improve employer reporting of severe injuries and illnesses. 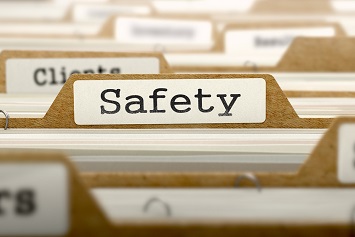 The OIG is also concerned about the way OSHA resolves alleged violations of worker safety hazards at construction sites. According to the OIG, OSHA closed many citations for safety violations because the construction project ended, not because the employer corrected the cited hazard.

Also, in May 2016, OSHA revised its recordkeeping regulations to require establishments that had 250 or more employees and were required to maintain injury and illness records to electronically submit information from OSHA Form 300 (Log of Work-Related Injuries and Illnesses), Form 300A (Summary of Work-Related Injuries and Illnesses), and Form 301 (Injury and Illness Incident Report). Establishments with 20-249 workers in designated high-hazard industries were required to submit data from Form 300A only. Then, in July 2018, OSHA proposed to eliminate the requirement to electronically submit information from Form 300 and Form 301. OSHA said it would not enforce the deadline for submitting these two forms without further notice while the rulemaking is under way. Covered establishments were still required to electronically submit information from Form 300A.

With this background, the OIG reports that OSHA and the DOL’s Mine Safety and Health Administration (MSHA) still have work to do to make the best use of their resources to help protect worker safety and health, particularly in high-risk industries such as construction, forestry, fishing, agriculture, and mining.

“These challenges are exacerbated by underreporting of injuries by employers,” says the OIG. “Without reliable data regarding workplace injuries, OSHA and MSHA lack the information needed to effectively focus inspection and compliance efforts on the most hazardous workplaces.”

Regarding the construction sector, OSHA’s decision to close many citations once the project ended left the agency with no assurances that employers would use improved safety and health practices at subsequent construction sites, said the OIG.

“The SIR increased the number of employer-reported referrals, as employers must now report hospitalizations of one employee or more and any fatality to the Agency. OSHA addressed these reports through either unprogrammed inspections or non-formal rapid response investigations (RRI). This activity reduced the time and resources available for previously programmed inspection activity, which prioritized high hazard industries or focused emphasis on program related inspections. Preliminary data indicate the RRI activity increased the unprogrammed workload by adding almost 8,400 non-formal investigations since 2018.”

The OIG notes that OSHA has stated that it encourages employers to comply with illness and injury reporting requirements through a variety of enforcement, outreach, and compliance assistance efforts. However, the OIG says that OSHA needs to complete initiatives to improve employer reporting of severe injuries and illnesses and enhance staff training on abatement verification, especially of smaller and transient construction employers. OSHA also needs to complete the development of its evaluation and analysis program.

MSHA informed the OIG that it has increased its sampling of mines for silica, quartz, and diesel particulate emissions and has ordered additional sampling devices for its inspectors and testing equipment for its lab to enhance sampling and enforcement for these airborne contaminants.

“The agency is also working with the mining industry to develop and install proximity detection/collision warning systems on equipment in surface and underground mines that can stop machine motion and/or send a warning signal to the machine operator when it detects a person or object in the machine’s path,” says the OIG.

But, as with OSHA, the OIG believes MSHA needs to identify methods for improving mine operators’ reporting of accidents, injuries, and illnesses.

Other tasks the OIG says MSHA needs to undertake include a review of the quality of coal mine dust controls in mine ventilation and dust control plans and to continue efforts to address the number of powered haulage accidents by conducting compliance and technical assistance visits, enhancing training, and increasing and sharing its knowledge of available technology.