In addition to government, which is defrauded of tax revenue, workers are often a casualty of the underground economy. Underground businesses are not likely to expend effort to protect workers from occupational hazards, much less comply with federal and state workplace safety rules. And given that a great deal of underground employment involves physically taxing and highly hazardous work, the risk of injury and death far exceeds what is typical in a law-abiding business. 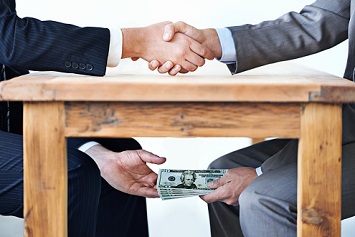 While the risk may be worth it for individuals who cannot find employment with a legitimate business, government still urges workers to report businesses that operate outside the law. For example, California’s Labor Enforcement Task Force (LETF) notes that its enforcement efforts benefit greatly from leads from the public. The LETF, in fact, lists the kind of information that makes for a good lead, and the better the information, the better the chance the lead will be investigated quickly.

California’s Employment Development Department (EDD) says that the term underground economy refers to “those individuals and businesses that deal in cash and/or use other schemes to conceal their activities and their true tax liability from government licensing, regulatory, and taxing agencies. Underground economy is also referred to as tax evasion, tax fraud, cash pay, tax gap, payments under-the-table, and off-the-books.”

The EDD notes that the actual size of the underground economy is difficult to measure. In January 2012, the Internal Revenue Service (IRS) released a new set of tax gap estimates for tax year 2006. The “tax gap” is defined as the amount of tax liability faced by taxpayers that is not paid on time. After adjusting for audit and collection activities, the IRS estimated that in 2006, the net national tax gap was approximately $385 billion.

The Occupational Safety and Health Act of 1970 gives employees and their representatives the right to file a complaint and request an OSHA inspection of their workplace if they believe there is a serious hazard or their employer is not following OSHA standards. Workers do not have to know whether a specific OSHA standard has been violated to file a complaint. The complaint should be filed as soon as possible after noticing the hazard or lack of compliance because OSHA citations may only be issued for violations that currently exist or existed in the past 6 months.

“Complaints from workers or their representatives are taken seriously by OSHA,” says OSHA. “OSHA will keep your information confidential.”

The LETF says it focuses on low-wage industries and high-hazard occupations but, regardless of the industry sector, will review all reported cases of unlawful activity and “handle each case appropriately.”

“You may remain anonymous when you make your report,” states the LETF. “However, if you leave your contact information, we can ask follow-up questions, which may determine whether we are able to investigate the lead or not.”

If there is uncertainty about whether an employer is breaking the law, the LETF says answers to the following questions will help:

In addition, the LETF’s willingness to act on a lead may depend of the amount and quality of information it receives. Key information includes: