An administrative law judge with the federal Occupational Safety and Health Review Commission (OSHRC) took the middle ground in a dispute between OSHA and a small grain seed-handling business in North Dakota over the amount of a monetary penalty OSHA assessed for multiple violations of worker safety standards. The case can serve to illustrate the effectiveness of a financial hardship argument in mitigating an assessed penalty. 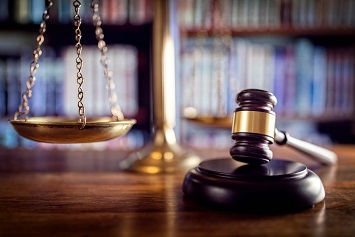 The OSHRC is an independent federal agency formed to provide administrative trial and appellate review and decide contests of citations or penalties resulting from OSHA inspections.

The grain-handling business consisted of five employees, four of which were members of the employer’s family.

Based on a complaint, OSHA conducted an inspection of the business and found about 10 violations, including an uncovered floor opening that created a fall hazard, a missing required guard on an auger that created a caught-in/amputation hazard, excessive dust accumulation that created fire and explosion hazards, additional fire and explosion hazards related to electrical equipment, and failure to continually maintain a safety program. OSHA rated the severity of some of these citations as high. Based on the violations found, OSHA assessed initial penalties amounting to $27,000. Because the business had fewer than 10 employees, OSHA reduced the penalties by 70 percent to $8,300.

The employer argued before the OSHRC that he was unable to pay that amount because of financial hardship. The OSHRC directed the employer to produce 3 years of bank statements to back up the claim. The employer responded with only 4 months of statements, as well as annual lease payments for industrial equipment. The employer argued that with his current workload, he was barely able to make payroll and various monthly payments.  He further stated that he had already spent $15,000 on electrical work to abate OSHA’s citations and that any penalty higher than $400 would be financially disastrous.

In reviewing the dispute, the judge noted that the Occupational Safety and Health Act directs that in calculating appropriate penalties for affirmed violations, the OSHRC must give due consideration to four criteria: (1) the size of the employer’s business, (2) the gravity of the violation, (3) the good faith of the employer, and (4) the employer’s prior history of violations. Gravity is the primary consideration and is determined by the number of employees exposed, the duration of the exposure, the precautions taken against injury, and the likelihood of an actual injury.

In reviewing the case in light of these factors, the judge found that OSHA’s gravity assessment for the fall and caught-in/amputation hazards was appropriate. Also, since there was no history of violations—OSHA had not inspected the business in the previous 5 years—the judge viewed the company’s history favorably. 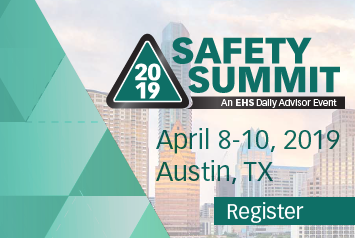 The judge noted that case law has established its right to consider good faith in broader terms than does OSHA. For example, the judge gave the employer credit for hiring a safety consultant 4 weeks before the inspection. “The consultant was actively in the process of implementing the grain handling program elements at the time of the inspections,” noted the judge, who added:

“Respondent had a written safety plan and hired a safety consultant to help implement it to provide a safe work environment. Although violations of safety standards were present, Respondent was at least attempting to achieve compliance with OSHA standards and willingly cooperated throughout the inspection. The Commission looks at overarching efforts toward achieving workplace safety and considers partial compliance when evaluating good faith; Respondent met this standard and is entitled to some positive consideration of good faith for penalty determination.”

Based on the above findings, the judge reduced OSHA’s adjusted penalty by 44 percent to $4,700. The ruling in Secretary of Labor v. North Dakota Innovations, Inc. is available here.