As part of its two-part strategy to revitalize coal-fired power in the United States, the EPA is proposing to amend its 2015 final New Source Performance Standards (NSPS) for greenhouse gas (GHG) emissions from new, modified, and reconstructed electric utility generating units (EGUs). 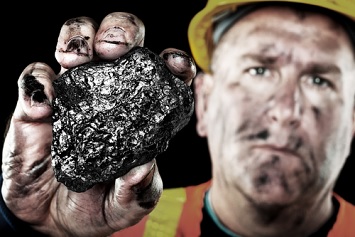 The proposal would substantially loosen the carbon dioxide (CO2) emissions limits from fossil fuel EGUs established in the 2015 rule. While this may create conditions that are somewhat more conducive for the construction of new coal-fired generation, powerful economic forces rather than environmental flexibility are causing energy companies to focus almost entirely on natural gas and renewable energy when building and planning new capacity.

The 2015 NSPSs (October 23, 2015, Federal Register (FR)) set what advocates of coal-fired energy consider an impossible bar to clear—new/modified/reconstructed EGUs would need to achieve a CO2 emissions limit of 1,400 pounds per megawatt hour (lb CO2/MWh). The EPA recognized that for coal-fired power, meeting this standard almost certainly requires post-combustion partial carbon capture and storage (CCS). In 2015, the Agency said CCS was a demonstrated technology and therefore met the Clean Air Act provision requiring that the best system of emission reduction (BSER) applicable to new sources must be demonstrated in the real world. In the rule, the Agency contended that “CCS technology has been demonstrated to be technically feasible and is in use or under construction in various industrial sectors, including the power generation sector.”

But in the proposed amendment, the Agency takes a different position, stating that CCS is too costly and constrained by geographic factors to qualify as BSER. Accordingly, the proposal would define power plant BSER as the most efficient demonstrated steam cycle in combination with the best operating practices. The proposal would establish the following NSPS:

“U.S. coal-fired power will be a part of our energy future and our revised standards will ensure that the emissions profiles of new plants continue to improve,” said EPA Assistant Administrator for the Office of Air and Radiation Bill Wehrum when the proposal was released.

Also, in a statement, Michelle Bloodworth, president and CEO of the American Coalition for Clean Coal Electricity, said the United States will “continue to rely on coal,” and so “it makes sense to invest in new high efficiency, low emissions coal-fired power plants to replace at least some of the plants that are retiring.”

But while the proposal’s cousin, proposed amendments that would lessen GHG regulations for existing fossil fuel EGUs, are likely to prolong the life of older EGUs, there is considerable doubt that energy companies will be investing in new coal-fired generation regardless of how the EPA seeks to smooth the path.

In the proposal, the EPA does not dispute this trend.

“Recent EPA and U.S. Energy Information Administration analyses project there to be, at most, few new, reconstructed, or modified sources that will trigger the provisions the EPA is proposing,” the Agency notes.

“Future realizations could deviate from these expectations as a result of changes in wholesale electricity markets, federal policy intervention, including mechanisms to incorporate value for onsite fuel storage, or substantial shifts in energy prices,” the EPA adds.

But Mary Anne Hitt, senior director of Sierra Club’s Beyond Coal campaign, does not agree with the EPA’s assertion that there is at least some movement toward constructing new coal-fired capacity.

“No new coal plants are being planned or built in the United States because coal is too dirty and too expensive,” said Hitt. “Today’s proposal is nothing more than another thoughtless attempt by the Trump Administration to prop up their backwards and false narrative about reviving coal at the expense of science, public safety, and reality.”

Where Are the New Jobs?

Furthermore, the administration’s effort to issue both power plant proposals to solidify and grow employment in the coal-mining sector is a step in the wrong direction, according to Senator Tom Carper (D-DE), ranking member of the Senate’s Environment and Public Works Committee.

“Make no mistake: this move will not bring the coal industry back no matter what President Trump tries to say,” said Carper. “As a West Virginia native, I know the very real challenges that coal miners are facing in today’s day and age. But this regulation is not the source of the coal industry’s woes—market forces are. Natural gas and in many places renewables are a cheaper option. A record number of coal-fired power plants are shutting down. The industry employs just over 50,000 workers. Rolling back a protection that ensures harmful carbon emissions do not escape into our atmosphere will not reverse these trends.”

Carper adds that the federal government should be creating new jobs by fostering new economic opportunities in wind, solar, energy efficiency, and other clean energy sectors.