Between 2013 and 2016, OSHA issued guidance documents without considering whether a formal rulemaking was required under federal law, according to a recent report from the Labor Department’s Office of the Inspector General (OIG). 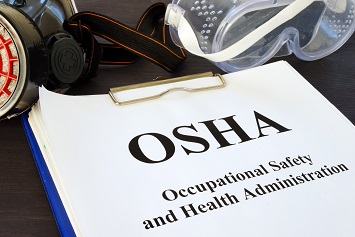 The OIG found two problems with many guidance documents issued during that period:

The four documents challenged were:

The OIG randomly selected 57 guidance documents, in addition to the four challenged in federal court, to review.

For 80 percent of the documents, 46 of 57, OIG found OSHA personnel did not follow written procedures and maintain records that the documents complied with agency criteria.

The agency criteria for guidance documents are:

An OSHA rulemaking takes an average of seven years to complete, while a guidance document typically can be issued within a year. In the rulemaking process, the agency must research the potential impact of a policy and conduct public outreach. A rulemaking requires answering four questions:

The agency also must request information from stakeholders. This preliminary process usually takes one to three years. It is not required for issuing guidance documents.

Guidance documents, on the other hand, may not create new compliance obligations and are not legally binding. Rather, their goal is to clarify existing standards. The OIG concluded that by failing to implement and follow consistent procedures, OSHA risked issuing guidance that may have changed existing rules in violation of the Administrative Procedures Act. Incorrectly issued guidance, the OIG noted, could create expensive compliance burdens for employers without the protections of the notice and comment portion of the rulemaking process.

OSHA’s administrator, Acting Assistant Secretary Loren Sweatt, acknowledged there were significant lapses in guidance documents issued in the 2013–2016 period. The agency is reviewing its procedures and “working aggressively” to improve accountability and documentation for issuing guidance documents.

Employers should note that the OIG only reviewed 57 of 296 issued in the 2013–2016 period. Other guidance documents released during that period may also have problems. Agency guidance documents include booklets, directives, fact sheets, guides, hazard alerts and hazard bulletins, letters of interpretation, manuals for agency personnel, memoranda for Regional Administrators, pamphlets, posters, reports, and safety alerts.