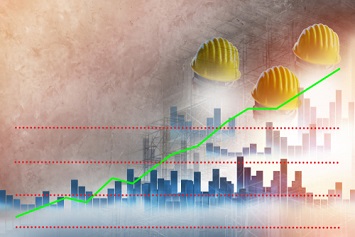 However, the percentage of cases involving days of job transfer or restriction (DJTR) increased. To better understand the demographics of those injured and the types of injuries in DJTR cases, the BLS examined six industry subsectors.

The number of DART cases is the sum of DJTR and DAFW cases.

Highlights of the BLS’s report include:

Motor vehicle operators in the couriers and messengers subsector took a median 41 days away from work following an injury. They took a median 17 DJTR before returning to unrestricted duties.

Injuries and illnesses more often led to DAFW than DJTR for motor vehicle operators in the subsector. There were 7,000 occupational injuries and illnesses among motor vehicle operators in 2016 that resulted in days away from work, down from 7,670 in 2015. There only were 3,970 injuries in 2015 and 4,840 in 2016 that led to DJTR.

The reverse was true for material moving workers—injuries and illnesses more often resulted in DJTR than DAFW.

Back Injuries Prevalent in Hospitals

Among the six subsectors studied, hospitals had the highest DART case count. Of the 91,050 DART cases in the hospital subsector in 2016, 27 percent were injuries to the back. Injuries to the back occurred at higher rates for DAFW (34.0 per 10,000 full-time workers) than DJTR (29.4).

Healthcare practitioners and technician workers had the highest number of DART cases and accounted for 47 percent of the total DART cases in this industry subsector—24,170 resulted in DAFW, and 18,680 resulted in DJTR.

The BLS data can help employers and insurers better understand: