In a final rule, the EPA has exempted air emissions from animal waste at farms from the emergency release notification requirements of Section 304 of the Emergency Planning and Community Right-to-Know Act (EPCRA). 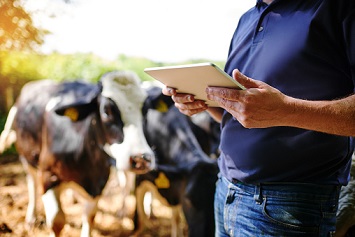 The action builds upon the Fair Agricultural Reporting Method (FARM) Act Congress passed and President Donald Trump signed into law in March 2018. The FARM Act amended the Comprehensive Environmental Response, Compensation, and Liability Act (CERCLA) by exempting farms from reporting these air releases under Section 103 of that act. That amendment did not exempt farms from reporting air emissions from animal waste under EPCRA. But according to the Agency, the final rule is necessary to “maintain consistency between the emergency release notification requirements of EPCRA and CERCLA in accordance with the statutory text, framework, and legislative history of EPCRA, and is consistent with the Agency’s prior regulatory actions.”

The rule also adds definitions of animal waste and farm to the EPCRA regulations to delineate the scope of the reporting exemption.

Farmers have long argued that air releases of substances such as ammonia and hydrogen sulfide from animal waste posed no threat to human health. Emergency responders tended to agree, and there were very few, if any, instances when an air release from animal waste at a farm prompted an emergency response from federal authorities. Some sponsors of the bipartisan legislation noted that CERCLA reporting requirements were designed to apply to industrial pollution and toxic chemicals, not to animal waste on a farm or ranch.

However, other sponsors of the FARM Act, mainly on the Democratic side, emphasized that the legislative exemption applied only to CERCLA and did not automatically extend to EPCRA. Hence, they continue, the EPA’s action has no basis in the law.

In the preamble to the rule, the EPA does not argue that the FARM Act applied only to CERCLA’s reporting requirements. But the Agency adds that in issuing the rule, it considered the text of EPCRA section 304 and the legislative history of the amendment.

In a letter sent to the EPA after the EPCRA exemption was proposed, all Democratic members of the Senate Environment and Public Works Committee rejected this reasoning. The senators stated:

Regarding the language of EPCRA, Section 304(a)(2) requires notification if a release of an EPCRA EHS occurs from a facility and such release is not subject to the notification requirements under CERCLA section 103(a) but only if the release:

All three of these criteria must be met if a release not subject to CERCLA emergency reporting must be reported under EPCRA section 304(a)(2). According to the Agency, the types of releases subject to the rule do not meet the third criterion of occurring “in a manner” that would require notification under CERCLA section 103(a). The phrase occurs in a manner generally has been implemented over time to mean the nature of the release in terms of how the substance enters the environment.

“The FARM Act exempted only releases of a certain kind or manner—air emissions from animal waste at farms—from notification under CERCLA section 103(a),” the Agency states. “Accordingly, these types of releases do not occur in a manner that would require notification under CERCLA section 103(a). Because the third criterion of EPCRA section 304(a)(2) is not met, no reporting under EPCRA is required.”