For the second time in 3 years, the U.S. Government Accountability Office (GAO) has cast doubt on whether the federal Renewable Fuel Standard (RFS) is having any more than a negligible effect on U.S. emissions of greenhouse gases (GHGs).

There is no argument that renewable fuels, when combusted in gasoline-powered vehicles, release fewer GHGs than traditional petroleum-based fuel. In fact, the RFS states that GHGs released by conventional corn-based ethanol used for fuel must, on a life cycle basis, be at least 20 percent below GHG emissions from petroleum-based fuel. However, the RFS contemplates the use of multiple types of renewable fuel, including cellulosic ethanol, which must achieve life cycle GHG emissions at least 60 percent lower than petroleum-based fuels.  As it did in its previous report in November 2016, the GAO continues to point out that the development of cellulosic and other advanced biofuels has not progressed as initially expected under the RFS. The slow progress has resulted in the RFS having a “limited effect, if any, on GHG emissions,” the GAO states.

Other factors working against the GHG benefits of the RFS are changes in land use to grow more corn to manufacture ethanol and a grandfathering exemption from the RFS for cornstarch ethanol plants in operation or under construction before December 19, 2007.  These issues must be incorporated into any GHG life cycle analysis (LCA) of a renewable fuel. Also, renewable fuel LCAs are burdened with uncertainties—particularly measuring the indirect effects of land-use changes.

As it did in 2016, the GAO based its 2019 assessment of the RFS and GHG emissions on the views of experts the GAO selected based on their published work, prior GAO work, and recommendations from other experts. In reviewing a draft of the 2019 report, the U.S. Department of Agriculture (USDA) said this methodology—the opinions of individuals rather than a synthesis of the latest research—was simply a way to collect divergent views and eliminated the possibility of forming “definitive consensus statements about the impacts of the RFS and corn ethanol on GHG emissions.” The GAO’s researchers also solicited views on the effect of the RFS on emissions from officials at the USDA, the Department of Energy, the EPA, and “relevant” industry stakeholder representatives.

The GAO’s two reports addressed different aspects of the RFS. For example, the 2016 report discussed the RFS’s E10 blend wall and the controversy surrounding the introduction of E15 (gasoline with 15 percent ethanol) into the market. The May 2019 report  covers the RFS’s impact on gasoline prices, as well as issues associated with renewable identification numbers (RINs), the RFS’s compliance currency. However, regarding the effect of the RFS on GHG emissions, in the 2019 report, the GAO basically repeats what it said in 2016.

“The RFS’s reliance on corn-starch ethanol to fill biofuel mandates has limited the ability of the RFS to reduce GHG emissions,” states the GAO. “Specifically, as we reported in November 2016, most of the biofuel blended to date has been conventional corn-starch ethanol, which has a smaller potential to achieve GHG reductions compared with advanced biofuels.”

Congress enacted the RFS as part of the Energy Policy Act of 2005 and 2 years later expanded it in the Energy Independence and Security Act of 2007 (EISA). The RFS generally mandates that transportation fuels (typically gasoline and diesel) sold in the United States contain annually increasing amounts of fuels produced from renewable sources, such as agriculture—rather than through geological processes, such as those involved in forming petroleum. The EPA, which is responsible for implementing the RFS, can waive the statutory volumes and establish its own, if warranted. The most common biofuel currently produced in the United States is corn-starch ethanol, which is distilled from the sugars in corn. The EPA says the goals of the RFS are to (1) expand the nation’s biofuel sector while reducing reliance on imported oil and (2) reduce GHG emissions.

While there has been modest progress in the growth of biomass-based diesel, the situation is different for cellulosic fuel.

“Growth has occurred in cellulosic biofuels during the last several years,” the Energy Information Administration noted in December 2018, “but at a much lower rate than originally envisioned by Congress. The EPA’s 2019 final RFS rule set the cellulosic biofuel mandate at 418 million gallons, or about 5 percent of the 8.5-billion-gallon target envisioned by the Energy Independence and Security Act of 2007.”

Given the stubborn challenges associated with the cellulosic biofuel, the EPA has exercised its cellulosic waiver authority to reduce the target for this renewable fuel every year since 2010. 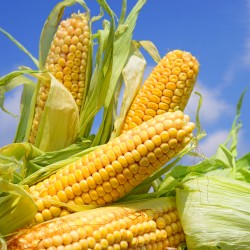 GHGs are directly released at each stage of a fuel’s life cycle, which, for biofuels, includes the emissions associated with growing the feedstock, transporting it, converting it to a biofuel, distributing the biofuel, and burning it in an engine. These types of emissions are all related to the production and use of the fuel and are called direct emissions. Other emissions are released indirectly through broad economic changes associated with increased biofuel use, such as changes in land use wherein farmers convert native grassland and wetlands to acreage suitable for growing corn. These land-use changes release carbon dioxide into the atmosphere.

But the experts also said that that there are limitations and uncertainty associated with all life cycle analyses. There continues to be significant disagreement over the land-use changes that have occurred and continue to occur to produce corn ethanol. For example, a USDA economist cited several studies indicating that although additional acres have been brought into corn production as a result of ethanol demand, the land-use change impacts weren’t nearly as drastic as once thought. But in a study sponsored by the Center for Growth and Opportunity at Utah State University, a researcher states that the RFS “leads farmers to convert vast tracts of land, including previously unfarmed land, to corn farming and to unsustainably intensify production on existing farms.” This researcher also conceded that “measuring the lifecycle [sic] emissions of any fuel is exceedingly difficult, and measurements will vary substantially on the basis of what technologies are being employed, where the fuel is sourced, and other considerations. For these reasons, a wide variety of estimates exist for ethanol’s lifecycle emissions.”

To summarize, following are the main points made in the GAO’s 2019 report: