A “chain of failures” in emergency response and process safety management led to the November 2014 deaths of four workers following a methyl mercaptan release at the DuPont Plant in La Porte, Texas, according to the U.S. Chemical Safety and Hazard Investigation Board (CSB). 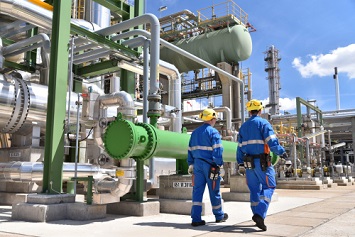 The root cause of the leak was a flawed engineering design and lack of safeguards, the CSB said in its final report.

Although DuPont had a corporate process safety management system, it was not properly implemented at the La Porte facility, the CSB concluded.

Believing there was a routine pressure problem, DuPont sent two workers into the manufacturing building to drain liquid from piping inside. Unfortunately, the pressure problem was actually related to the staff’s clearing activities.

Liquid methyl mercaptan drained from the piping, filling the building with toxic vapor. One of the workers was able to make a distress call before the two succumbed to the vapor. Both died, unable to escape from the building.

Four more operators entered the building in response to the distress call. Two of the workers succumbed to the toxic vapor and also died; two others survived.

The incident led OSHA to cite DuPont for three willful, one repeat, and four serious violations and to expand a National Emphasis Program for chemical facilities. The company also agreed to pay a $3.1 million civil penalty for violations of the Environmental Protection Agency’s (EPA) Risk Management Program regulations.

The La Porte facility has since closed. Several lessons can be learned from the November 2014 incident about emergency planning and response, process safety management systems, and process safety culture, the CSB said.

In addition to failing to effectively implement the corporate process safety management system at the La Porte facility, other problems included:

The CSB recommended that DuPont personnel work with the other companies on the emergency response team at the La Porte facility and the International Chemical Workers Union Council of the United Food and Commercial Workers (ICWUC/UFCW) Local 900C, as well as national ICWUC/UFCW staff, if requested by the union local, to update the DuPont emergency response plan.

The CSB said the group should: