OSHA would have to establish a federal heat stress standard if a bill just introduced in Congress becomes law. The bill, introduced July 10, would require the agency to issue a proposed standard within 2 years and a final regulation within 42 months. 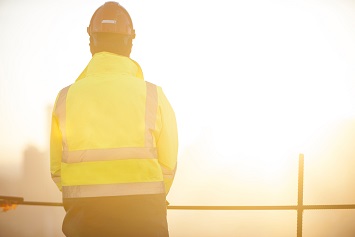 The bill would require OSHA to establish a heat exposure standard that would:

The standard would cover both indoor and outdoor exposures. California’s Heat Illness Prevention standard only covers outdoor exposures; but a standard for indoor exposures is working its way through the state’s rulemaking process. A Minnesota regulation covers worker exposure to both hot and cold conditions during indoor or outdoor work.

The bill that was introduced by Rep. Judy Chu, (D-CA) and 27 cosponsors, the “Asunción Valdivia Heat Illness and Fatality Prevention Act” (H.R. 3668), was named for a worker who died from heatstroke after working for 10 hours straight in 105-degree Fahrenheit temperatures.

Chu cited climate change as one of her reasons for introducing the bill.

“According to a 2015 study by OSHA, exposure to heat led to 37 work-related deaths and 2,830 nonfatal occupation injuries and illnesses. And it’s only expected to get worse. A new report released last week found that rising temperatures from global warming could cost the global economy as much as $69 trillion by 2100, thanks in part to the impact on workers’ health,” Chu said in a statement.

Employers would be required to set up initial and repeated monitoring for excessive heat exposures under the standard outlined in Chu’s bill.

Employers would have to develop a written heat exposure plan. Requirements for the plan include:

The bill also would require OSHA to establish education, training, and recordkeeping requirements in the heat exposure standard. The standard also would include whistleblower protections for employees reporting violations of the standard.

Repeated Calls for a Federal Standard

Public interest groups and federal officials outside of OSHA have called for a federal heat stress or heat illness prevention standard. Calls for a standard have included the following: