The Trump administration extended its campaign to curtail the power of federal agencies to “stifle economic growth and hurt small businesses” into the area of guidance documents. In two Executive Orders (EO) published October 9, 2019, President Donald Trump placed restrictions on the issuance of significant guidance documents as well as on how guidance documents may be used in enforcement. 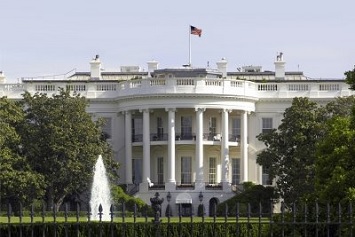 The White House stated that the EOs will “restore transparency and fairness to the bureaucracy” and also serve to correct “horrible abuses against the American people” that resulted from the lack of transparency and accountability under the Obama administration.

The EPA and OSHA frequently publish guidance documents to clarify implementation and compliance aspects of the regulations they issue under the many federal environmental and safety statutes. While the EPA, OSHA, and other agencies attempt to address these concerns in rule preambles and the regulatory language itself, it is common for new issues and uncertainties to come to the surface only after the rules are in effect. While agencies may sometimes need to amend the rule through notice-and-comment rulemaking, those actions can take a considerable amount of time. Guidance documents can be issued basically as soon as they are written and approved by agency heads.

Promoting the Rule of Law Through Improved Agency Guidance Documents. This EO states: “Agencies may clarify existing obligations through non-binding guidance documents, which the Administrative Procedures Act (APA) exempts from notice-and-comment requirements. Yet agencies have sometimes used this authority inappropriately in attempts to regulate the public without following the rulemaking procedures of the APA. Even when accompanied by a disclaimer that it is non-binding, a guidance document issued by an agency may carry the implicit threat of enforcement action if the regulated public does not comply.”

There are two primary directives in EO 13891:

Promoting the Rule of Law Through Transparency and Fairness in Civil Administrative Enforcement and Adjudication. The policy underlying this EO is that regulated parties must be informed in advance about the rules by which the federal government will judge their actions.

“Agencies shall act transparently and fairly with respect to all affected parties, as outlined in this order, when engaged in civil administrative enforcement or adjudication,” the EO states. “No person should be subjected to a civil administrative enforcement action or adjudication absent prior public notice of both the enforcing agency’s jurisdiction over particular conduct and the legal standards applicable to that conduct.”

“When an agency takes an administrative enforcement action, engages in adjudication, or otherwise makes a determination that has legal consequence for a person, it must establish a violation of law by applying statutes or regulations,” the EO instructs. “The agency may not treat noncompliance with a standard of conduct announced solely in a guidance document as itself a violation of applicable statutes or regulations. When an agency uses a guidance document to state the legal applicability of a statute or regulation, that document can do no more, with respect to prohibition of conduct, than articulate the agency’s understanding of how a statute or regulation applies to particular circumstances.”

Also, in the interest of fairness, the EO indicates that any “new or expanded claim of jurisdiction”—such as a claim to regulate a new subject matter or an explanation of a new basis for liability—must be published, either in full or by citation if publicly available, in the Federal Register (or on the portion of the agency’s website that contains a single, searchable, indexed database of all guidance documents in effect) before the conduct over which jurisdiction is sought occurs.

In an address in Minneapolis, Minnesota, Trump said the EOs will help ensure that “Americans will no longer be subject to the rules of hidden games that are played on the public.”