Appeals from the petroleum industry notwithstanding, the EPA recently announced that it will continue to take action to “significantly increase the 2020 U.S. biofuel mandate.” One promised action is rulemaking to streamline labeling and “remove other barriers” to the sale of E15, a fuel comprising 85 percent (%) conventional gasoline and 15% ethanol. 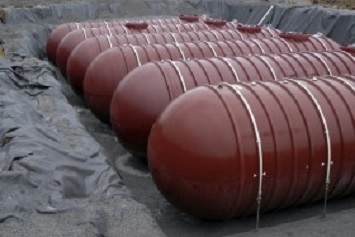 The projected rule would follow the Agency’s June 2019 action authorizing year-round sales of E15. The petroleum industry has argued that E15 is not compatible with many vehicles now on the road and will adversely affect performance. Other compatibility issues relate to both the underground storage tanks (USTs) that are holding E15 and the components of those USTs—collectively, the UST system. Under the Agency’s 2015 final rule, owners and operators must use UST systems made of or lined with materials that are compatible with any “regulated substance containing greater than 10% ethanol, greater than 20% biodiesel, or any other regulated substance identified by the implementing agency.

Compatibility as it relates to USTs is not a new issue. The EPA’s 1988 UST regulations state that UST systems must be compatible with the stored substance. After about 1990, most manufacturers began building tanks that were compatible with all ethanol blends up to 100% ethanol. USTs generally have a 30-year life-span. But among the estimated 550,000 USTs storing fuel or hazardous substances, there are likely many that are not compatible with E15. There is comparable concern that many new tanks that are compatible with E15 are equipped with older components that are not. This would violate the EPA’s 2015 UST amendments at 40 CFR 280.32, which note that “owners and operators must notify the implementing agency at least 30 days prior to switching to a regulated substance containing greater than 10% ethanol, greater than 20% biodiesel, or any other regulated substance identified by the implementing agency.” The section states that the owner or operator must demonstrate compatibility of the UST system by using one of the following options:

Owners and operators must maintain records documenting compliance with these requirements for as long as the UST system is used to store the regulated substance.

This summer, in conjunction with the year-round approval of E15, the EPA issued a compliance advisory on compatibility for owners and operators of UST systems.

“Because of EPA’s recent approval of sales of E15 gasoline year-round, more people might choose to offer E15 at gas stations and other fueling facilities,” the Agency states. “If you are now, or thinking of in the future, storing E15 in a federally regulated underground storage tank, you must prove that your equipment is compatible,” the advisory continues.

The important point is that compatibility extends beyond the fuel tank. For UST systems containing substances with more than 10% ethanol or more than 20% biodiesel, owners and operators must demonstrate that the following components are compatible:

The Agency notes that the federal UST regulations do not require owners and operators to demonstrate the compatibility of dispensers or associated aboveground equipment.

“However, compatibility requirements for these components may exist in other local regulations, such as the fire code,” says the EPA. “Owners and operators should check for these requirements with their implementing agency.”

Because of the size and diversity of the regulated UST community, the EPA has traditionally taken the position that state and local governments are in the best position to oversee USTs. As of April 2019, 42 states and territories updated their UST regulations to incorporate the 2015 amendments (complete list here) and have State Program Approval (SPA). It is important for UST owners and operators to know if their UST systems are regulated only by the EPA or by their states. SPA states may confine themselves to enforcing the baseline federal regulations, but these states may also impose requirements that are more stringent than the federal program, and, the EPA notes, some states have done just that.