In October 2019, California Governor Gavin Newsom signed AB 1057, a bill specifically intended to change the primary mission of the state Division of Oil , Gas, and Geothermal Resources (DOGGR) from increasing production of oil and natural gas (O&G) in the state to ensuring that the regulation of O&G provides protection of public health and safety and environmental quality, including the mitigation of greenhouse gas (GHG) emissions. The bill signals the shift in emphasis by renaming the DOGGR the Geologic Energy Management Division (CalGEM). 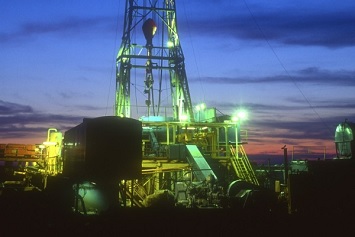 AB 1057 is an important step in California’s plans to achieve its goal of becoming carbon neutral by 2045 and managing the decline of oil production and consumption in the state. Newsom has now announced several initiatives to implement AB 1057. The actions include more rigorous reviews of permit applications to conduct hydraulic fracturing.

“These are necessary steps to strengthen oversight of oil and gas extraction as we phase out our dependence on fossil fuels and focus on clean energy sources,” said Newsom. “This transition cannot happen overnight; it must advance in a deliberate way to protect people, our environment, and our economy.”

The following three initiatives were announced by Newsom.

The moratorium applies to new extraction wells that use a high-pressure cyclic steaming process to break apart geological formations to extract oil. During the moratorium, regulators will consult with experts to examine records from recent leaks of oil and water, known as surface expressions, to determine whether high-pressure cyclic steaming can be done safely and in compliance with recent regulations. O&G regulators could require certain safety practices, update regulations to impose new rules, or prohibit the practice altogether.

The moratorium responds in part to a July 2019 surface expression of over a million gallons of oily water in Kern County at a well where Chevron was injecting steam under high pressure. The spill consisted of one-third crude oil and two-thirds water. It was the largest oil spill in California in decades. The state is seeking to impose a $2.7 million penalty on Chevron allegedly for failing to prevent a surface expression and for failing to conduct operations in accordance with good oil field practices.

CalGEM will begin rulemaking to require use of the best available science and data to inform new regulations intended to protect the public health and safety. The rulemaking will consider a range of protective measures, including prohibiting O&G activities in close proximity to homes, schools, hospitals, and parks. The preregulatory process will begin in 2020 with new/modified rules anticipated later that year.

The California Department of Finance’s Office of State Audits and Evaluations will conduct an independent audit focusing on whether current permitting of hydraulic fracturing and other well stimulation practices complies with state regulations and policies. The Department will develop recommendations to strengthen operational processes and procedures for permitting. While the audit is being completed in the coming months, CalGEM will institute a third-party scientific review of pending well stimulation permit applications to ensure that the state’s technical standards for public health, safety, and environmental protection are met prior to approval of each permit. The review will be conducted by independent experts from the Lawrence Livermore National Laboratory.